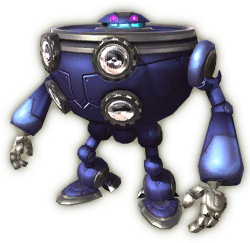 The Egg Fighter (エッグファイター Eggufaitā?) is an enemy that first appeared in Sonic Unleashed. They are a model of Badniks created by Dr. Eggman which served as the doctor's primary robot troopers during his operations to harness Dark Gaia's power.

Attack Potency: Wall level (Should be superior to Buzz Bombers and Grounders)

Intelligence: Egg Fighters possess great proficiency in combat, where they can perform both fast strikes and devastating attacks where they utilize their robotic physiology and weapons to their fullest in attempt to deal lethal damage 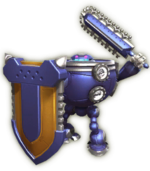 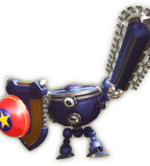 Egg Shooter
Add a photo to this gallery