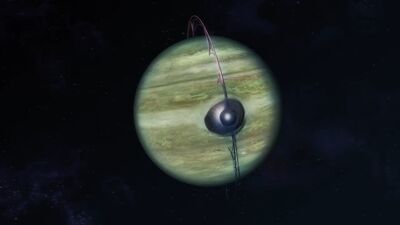 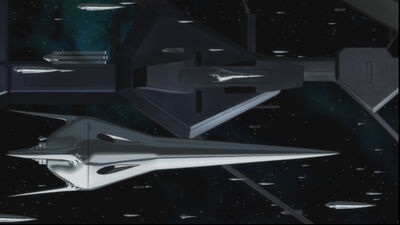 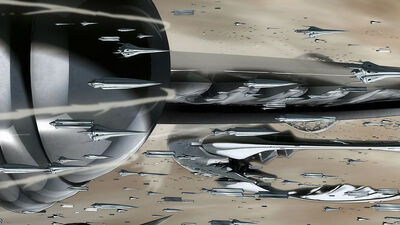 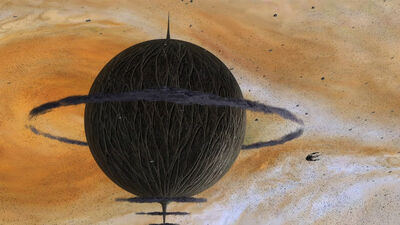 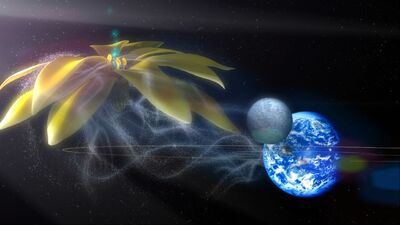 Extraterrestrial Living-Metal Shape-Shifters (aka ELS, pronounced "elses") are a group of lifeforms not native to Earth's solar system featured in Mobile Suit Gundam 00 The Movie -A wakening of the Trailblazer-.

Age: At least billions of years

Powers and Abilities: Superhuman Physical Characteristics, Matter Manipulation by converting mass of any kind into its own including carbon-based, therefore immunity to natural diseases, Metal Manipulation, forcefield, can assimilate technology and matter and take on its abilities, Technology Manipulation, flight, can adapt to attacks after being performed once and develop a stronger countermeasure, small ELS's can merge together to emulate larger mobile suits, while medium ones can emulate and become battle cruisers, spaceflight, can assimilate on a sub-atomic level and ignore conventional durability, regeneration (Mid), can make copies of what they have assimilated and utilize their own GN technology, such as GN field, GN missiles, beam weaponry, Clairvoyance, optical camouflage, and do afterimages, Immortality (Type 1 & 3), Energy Manipulation, Mind Manipulation with Quantum Brain Waves, Can sense Quantum Brain Waves, telepathy, teleportation, Statistics Amplification, can swarm and be able to generate gravitational fields greater than its own, Quantum Gate, FTL travel with humanity's technology

Standard Equipment: The ELS assimilates the target like an aggressive virus. Its rapid adaptability and versatility allow it to take hold of technology in a matter of seconds and organic matter in a manner of minutes. Throughout the course of the series this has resulted in ELS-modified versions of various mobile suits.

Intelligence: Their ways of learning and understanding their environment is based on assimilation of all things; being one with what they don't know allows them to understand. May also have a collective consciousness.

ELS 00 Raiser featured in Gundam 00A

00QanT ELS
Add a photo to this gallery