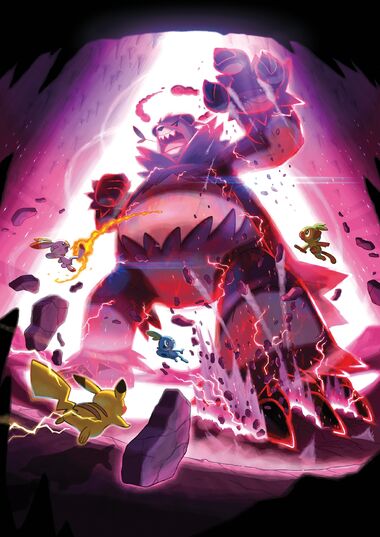 Dynamax is a transformation unique to the Galar Region in which certain Pokemon are capable of growing to giant sizes. While wild Pokemon can be found permanently in this state, trainer Pokemon are also capable of temporarily tapping into the power of Dynamaxing and Gigantamaxing in order to benefit their own Pokemon for three turns.

This form greatly enhances the user's health and abilities, replacing the Pokemon's current moveset with the fitting Max Moves, which are far more powerful and have their own effects. A Pokemon's Dynamax level (their health boost) can be enhanced by eating Dynamax Candies.

Gigantamax is a unique variant of Dynamax, which only a few Pokemon are capable of using. On top of causing the Pokemon to grow massively in size, this also provides a unique form and G-Max moves exclusive to that Pokemon, combining Mega Evolution, Z-Moves, and Dynamax.