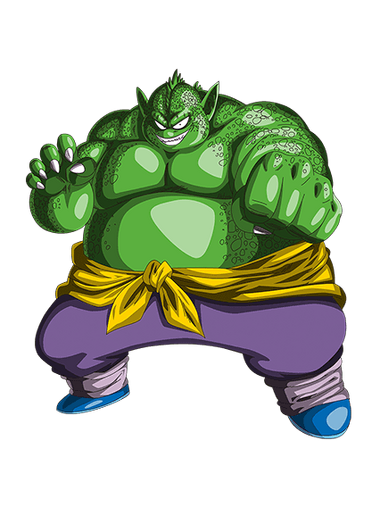 Drum is a mutated Namekian, and the penultimate son of King Piccolo.

Powers and Abilities: Superhuman Physical Characteristics, Martial Arts, Ki Manipulation, Soul Banishment (Those killed by a demon clansman do not cross over, they are eternally trapped between the afterlife and the mortal realm. Essentially a Limbo)

Attack Potency: At least Large Building level, likely higher (Stronger than Tambourine since he was born from a younger King Piccolo, and overpowered Tien)

Intelligence: Unknown. Like Tambourine, he seems to be a capable fighter.