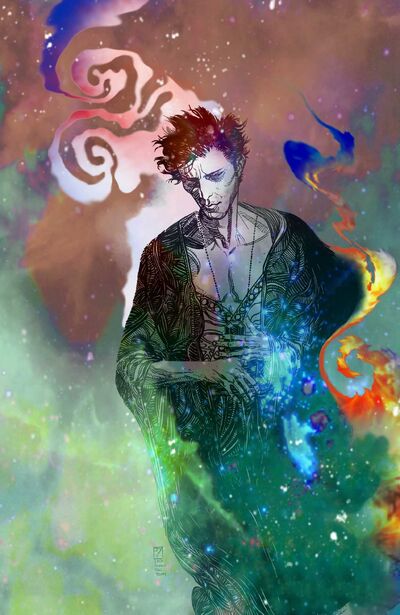 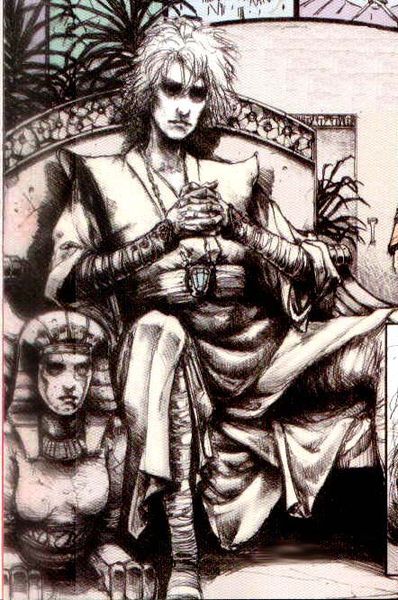 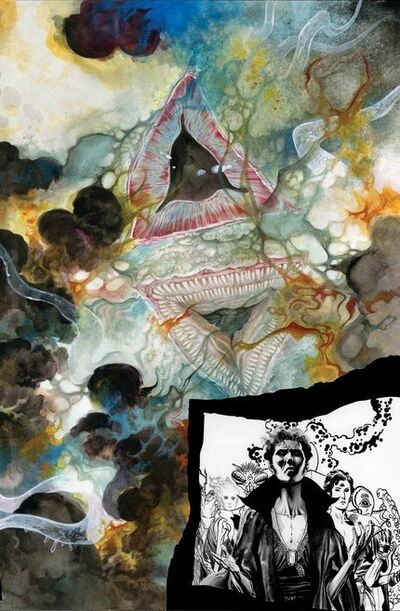 Dream was a member of The Endless, a group of seven dysfunctional siblings that embody different fundamental aspect of reality. Dream was the anthropomorphic personification of the concept of dreaming and is both the lord and incarnation of The Dreaming, the place in which all dreams reside and where all dreamers go when they are asleep.

Gender: Inapplicable. Appears as a Male

Age: As Old as the concept of Dreams

Powers and Abilities: Superhuman Physical Characteristics, Immortality (Types 1, 3 and 4), Regeneration (Mid-Godly or High-Godly), Abstract Existence (Type 1; The Endless are wave functions--ideas, patterns, repeating motifs. They are not incarnations or manifestations of an abstraction, they are the abstraction in the most literal sense), Reality Warping, Matter Manipulation, Time Manipulation, Spatial Manipulation, Mind Manipulation, Memory Manipulation, Soul Manipulation, Dream Manipulation, Illusion Creation, Flight, Telepathy, Telekinesis, Teleportation, Acausality (Type 5), Causality Manipulation, Transduality, Fate Rewriting (Through The Dreaming), Plot Manipulation (Dream is the prince of stories and has power over them. Dream has total control over the Dreaming and Lucien's library. Lucien's library contains every book that was never written and all titles martyred by retcon. Destroying the stories in the Library destroys everything. Changing the stories in the Dreaming changes reality), Beyond-Dimensional Existence (Type 2), Large Size (Type 11)

Attack Potency: Outerverse level (All members of the Endless are the primal truths which compose every aspect of The Presence's creation, which contains 1-A realms such as Limbo, the Monitor Sphere and the Source Wall. His oldest incarnation exists beyond space and time, in the space beyond space and space beneath space. His ship, which is made from a piece of The Dreaming sails outside of space or time , in nowhere and nothing outside of Destiny's Book. The aspects of Dream exist in a notional place, neither real or unreal) | Outerverse level (Exists outside of space and time and is a part of the eldritch abominations that exists in "space beneath space and space beyond space")

Range: Irrelevant (Can reach into the void outside Creation) | Irrelevant

Weaknesses: Is bound by complex customs and traditions, cannot spill the blood of a family member.

Dream rules over an infinite realm

He is powerful enough to force his way into Hell.

Aspects of Dream
Add a photo to this gallery

Retrieved from "https://vsbattles.fandom.com/wiki/Dream_of_the_Endless?oldid=7043264"
Community content is available under CC-BY-SA unless otherwise noted.