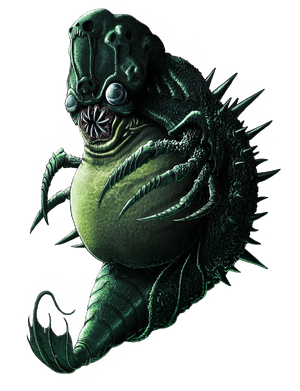 Draygon is one of the Space Pirate Commanders that Samus must defeat in order to enter Tourian in Super Metroid.

Range: Extended melee range with tail, further with its spit.

Intelligence: Unknown, but as a Space Pirate Commander Draygon is likely highly intelligent.

Weaknesses: Draygon's soft underbelly is weaker than the rest of its body. Draygon is also vulnerable to electricity.

Retrieved from "https://vsbattles.fandom.com/wiki/Draygon?oldid=4372030"
Community content is available under CC-BY-SA unless otherwise noted.