VS Battles Wiki
Register
Don't have an account?
Sign In
Advertisement
in: Characters, Marvel Comics, Male Characters,
and 16 more 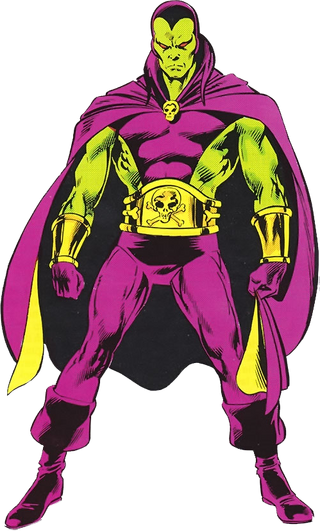 Arthur Douglas was once a normal human with a loving wife and daughter that lived on Earth. While driving together as a family across the Mojave Desert, he witnessed a spaceship carrying the Mad Titan Thanos. Wishing to keep his existence to Earth a secret, Thanos destroyed the car and landed to ensure that there were no witnesses. While the daughter ultimately survived, Arthur and his wife died.

Thanos' father, Mentor A'Lars, realizing the threat Thanos poses, decided to create a being of sufficient power that was able to defeat him. Enlisting the help of his father, Kronos, A'Lars gathered Arthur's soul before it completely left his body and placed it in an highly empowered humanoid body. This being, now known as Drax the Destroyer, has one purpose instilled into him, to kill Thanos.

Speed: Massively FTL+ (Managed to keep up with an escaping Silver Surfer) | Unknown

Lifting Strength: Pre-Stellar (Throttled the Silver Surfer with the Surfer struggling to break free) | At least Class 1 (Should be comparable with Gamora)

Standard Equipment: None | A pair of knives

Intelligence: Below Average. After being recreated as Drax, Arthur Douglas' intellect was almost entirely suppressed and his brain possessed major mental deficiencies. At times, he's failed to consider more important situations at hand in order to try and kill his eternal nemesis. | Above Average. After the full restoration of Arthur Douglas' original mind, Drax has become a far more reasonable being with a rational and intelligent approach in his pursuit of killing Thanos. He's mastered six different martial disciplines and was skilled in playing the saxophone as Arthur Douglas.

Weaknesses: Can be easily tricked due to his simplemindedness. | After his latest death and subsequent resurrection, Drax's physical powers aren't as great as before and he's lost his power to fly and ability to generate cosmic energy blasts.