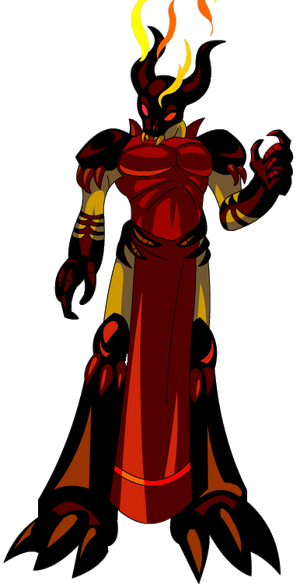 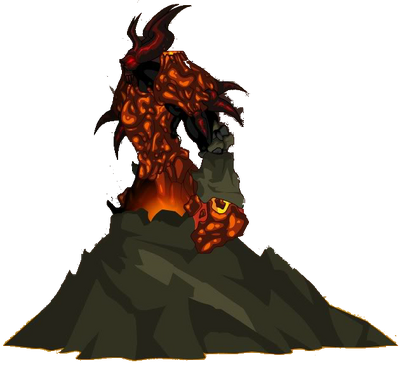 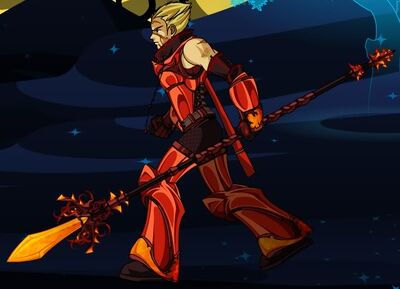 Konnan, alias Drakonnan is one of the main antagonists of the Great Fire War Saga. Drakonnan was formerly Yulgar's apprentice but after the Hero of Lore failed to save his town and family from the Fire Dragon Akriloth he sought vengeance upon the Hero and became the apprentice of Xan, who was going to use him to defeat Warlic. After acquiring the Fire Orb, he betrays and abandons Xan decides to act on his own.

Attack Potency: At least Town level (Claimed to be more powerful than base Xan), likely Island level with the Fire Orb (Possesses a degree of power equal to the Earth Orb). Potentially Universe level (If Drakonnan were to continue absorbing the power of the Fire Orb, he would have developed a degree of power to challenge and usurp the Fire Lord) | At most Planet level (Fought mid-game World Destroyer, should be comparable to other titan forms) | Island level (Could inflict major harm on Wargoth)

Stamina: Extremely high, used to work as a blacksmith and was able to survive diving into lava.

Range: Extended melee range, higher with the Fire Orb | Likely Planetary (Should be comparable to other titans.) | Standard melee range

Standard Equipment: His armor and the Fire Orb | Fire Orb | His spear and armor

Retrieved from "https://vsbattles.fandom.com/wiki/Drakonnan?oldid=5385976"
Community content is available under CC-BY-SA unless otherwise noted.