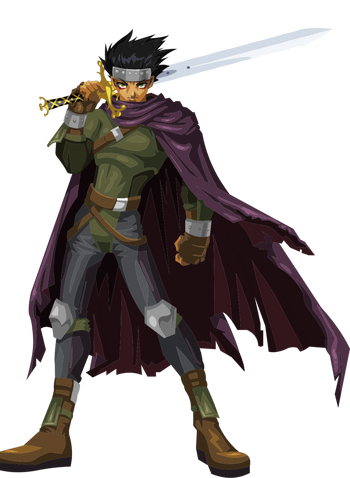 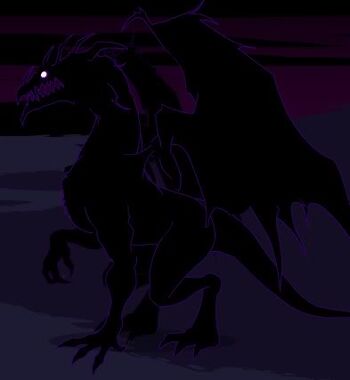 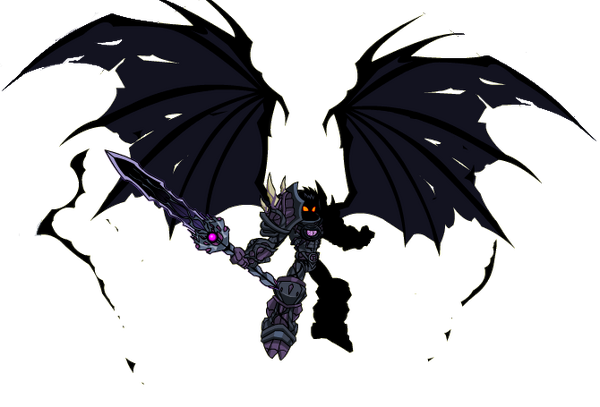 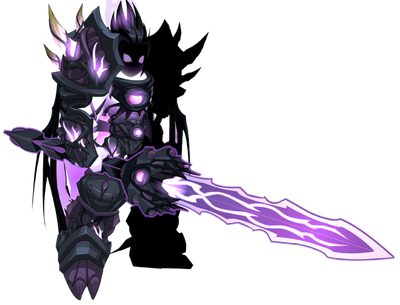 Drakath is a major villain in the AdventureQuest universe, which includes many related Flash-based online games: his first appearance was in the game Adventure Quest. However During that game, he was simply a black dragon, and had no story whatsoever, so both are mostly considered different characters. It was only in the game DragonFable that Drakath was actually "born", as he was the main antagonist during the game's prologue, and a minor villain during the Orb Saga. His most prominent role is in AdventureQuest Worlds (a MMORPG) in which he is the main villain of the 13 Lords of Chaos saga, and will also return (probably as an anti-hero) on the Queen of Monsters saga. Drakath is the Champion of Chaos and the main antagonist of Adventure Quest Worlds. He was the son of the former king, Slugwrath. After King Alteon, the Good defeated his father, Drakath became the leader of a group of thugs, and his major goal was to overthrow King Alteon, and take his throne back, eventually even fighting against one of the king's daughters, Princess Victoria. At some point in time, Drakath met the evil doomknight known as Sepulchure (who was once a friend of the king), and started working for him. Sepulchure promised Drakath that he would give him the Necrotic Blade of doom, if he could obtain two artifacts, known as the Black and the White Dragon Boxes. When Sepulchure created the Ultimate Orb, he stabbed Sepulchure through the chest with the Necrotic Sword of Doom and merged with the Ultimate Orb (and Fluffy) to form Dragon Drakath, and then later with the Mysterious Stranger to form Super Mega Ultra Darkness Dracolich. After the defeat of S.M.U.D.D, the Queen of Monsters saved his life and gave him his Chaos Champion powers, but in return, Drakath would have to gather 13 Lords of Chaos to release 13 Chaos Beasts and set her free.

Attack Potency: Small Building level (Can fight almost equally with the early hero who could defeat Hydra ) | At least Planet level (The hero needed Sepulchure and his dragon to beat him) | At least Multi-Solar System level (Stronger than all of his Chaos Lords including Iadoa and possibly the Hero of Lore, sent the Eternal Time Dragon flying through mountains. The influence of his chaos was able to spread all over Lore and is responsible for the destruction of the Time Void which contains numerous stars and celestial bodies). Universe level+ with hax (He created an alternate universe, in which he did not interrupt the fight between Sepulchure and King Alteon, resulting in Sepulchure's victory and the destruction of Death itself, which in turn lead to a Zombie Apocalypse. However, this is not useful in combat) | Unknown. Universe level+ with hax.

Speed: FTL | FTL+ (Kept up with Sepulchure and World Destroyer at the same time) | Unknown (Should be much faster than the Hero) | Unknown

Striking Strength: Small Building Class (Should be able to take down a hydra) | At least Planet Class | At least Multi-Solar System Class. Universal+ with hax | Unknown

Intelligence: A skillful manipulator and strategist who had his foes dancing to his tune for most of the story and is a terrifyingly skilled warrior who outmatched King Alteon in combat. He even managed to make the Hero into one of his Chaos Lords for a short period.

Note: This profile refers to Drakath within DragonFable and AdventureQuest Worlds.