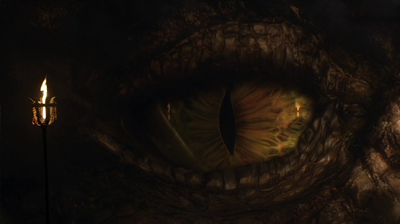 Dragons are huge creatures that live underground and sleep during 90% of their lives. There are two main factions of dragons: The Jinn (Western Dragons) and The Fei Lung (Eastern Dragons). The Jinn have a rivalry with The Fei Lung, both of them are very possessive and are willing to wreak havoc when disrespected.

Gender: Unknown, probably there are male and female specimens

Powers and Abilities: Superhuman Physical Characteristics, Flight, Longevity, Shapeshifting, Fire Breath, Mental Resistance (They had the Apple of Discord, which has the ability to turn you into the worst version of yourself)

Attack Potency: At least Country level+ (Earth's earthquakes were all made by dragons moving around, the strongest of which are 9.6 on the Richter Scale). Planet level when in group (It is said that a clash of dragons would end the world)

Start a Discussion Discussions about Dragons (The Librarians)