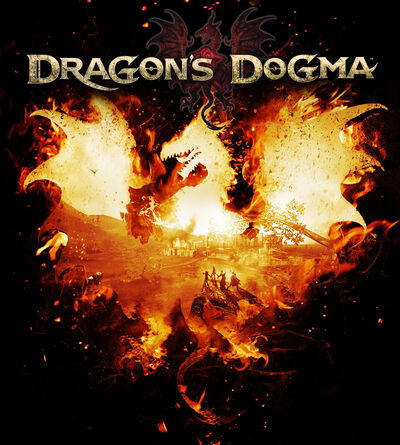 One of Capcom's first forays into RPGs, Dragon's Dogma is set in a high-fantasy world of monsters and dragons. The plot is centered on the Arisen's (the customizable player character) ascendance as an Arisen, and that Arisen's journey to slay the plague of dragons that threaten Gransys, with the ultimate goal of slaying their harbinger, Grigori. However, upon confronting the dragon, The Arisen would learn far more about his destiny and role in this fragile world he/she lived in, and how the Eternal Cycle sustained all life...

The game is mostly known for being innovative in some ways, and old-fashioned and retro in others. Its overall tone is often described by fans of the series as being similar to that of Dark Souls, The Elder Scrolls, or Legend of Zelda.

While it may not appear it, this verse is extremely powerful. Even early on, The Arisen has some fairly impressive feats, and while he starts out fighting comparatively non-threatening enemies, they only get more and more powerful as the series storyline progresses, including and possibly even surpassing universal threats.