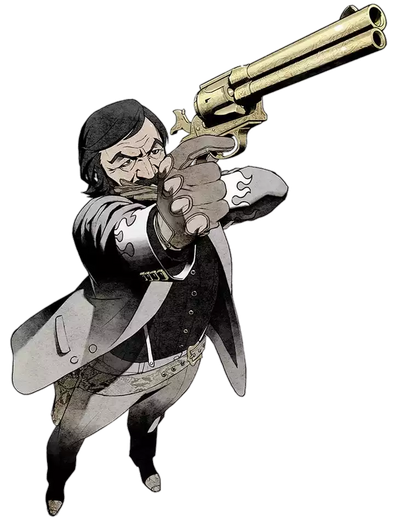 Dr. Peace is the 9th ranked assassin in the Original "No More Heroes". A corrupt vice detective, policeman, and overall master gunslinger, he enjoys taking the lives of others and believes it to be his calling. His weapon is 2 modified Golden Magnums that can fire explosive bullets (can also fire normal bullets). He reveals to be divorced and estranged from his daughter Jennifer. He also seems to be a Karaoke enthusiast.

Speed: Transonic (Can keep up with Travis who can deflect and perceive his bullets)

Intelligence: Average (Has a decent amount of combat experience)

Weaknesses: As for nearly any Gunslinger, he can't fight at close range