VS Battles Wiki
Register
Don't have an account?
Sign In
Advertisement
in: Characters, Male Characters, Doctors,
and 21 more 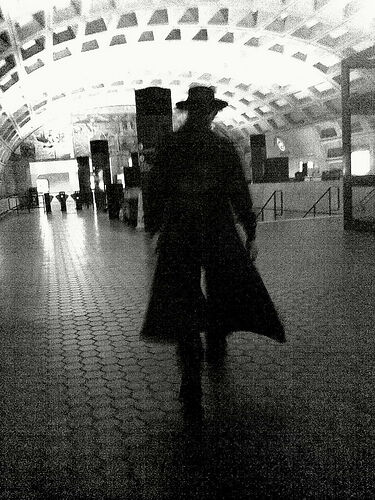 Dr. Alto Clef, known in the GOC as Agent Ukulele, is a prolific assassin of reality warpers, whose identity and past is shrouded in mystery. Before joining the Foundation, he took part in countless killings involving Type Green warpers who were threats to the world at large. Since then however, and for largely unknown reasons, he has moved to the Foundation's employment.

Name: A█████ H████ C███, "Francis Wojciechoski", "Agent Ukulele", "Alto Clef", "SCP-4231-B", Claims his true name is that of an A major chord played on a ukulele

Powers and Abilities: Superhuman Reaction Speed, Martial Arts, Genius Intelligence, Firearms Mastery, Vehicular Mastery, Information Manipulation (His face cannot be captured digitally without being covered by a randomized animal image), Power Nullification through Space-Time Manipulation (Clef is a stronger Reality Sink than SCP-5004-B, who in itself is a powerful reality sink. Reality Sinks passively negate the anomalous effects of supernatural entities or artifacts near it by altering the way those entities or artifacts interact with the fabric of spacetime.) and Existence Erasure (A Reality Sink is a sort of black hole for the supernatural, Anomalies don't simply become de-powered in the presence of a sink, they start to lose connection to the fundamental forces that bind them to the fabric of the universe until they disappear entirely), Further Power Nullification with equipment (Can nullify Reality Warping and various other hax with Telekill), Durability Negation with SCP-1023-ARC as long as the enemy is enhanced through a mental skill, Fear Manipulation (Has a slimy personality that causes all females to instinctively recoil in horror) and Social Influencing (Managed to ingratiate himself with the investigating agent enough to convince her to offer him a job with the Foundation), Weather Manipulation with SCP-776-ARC (Can create a small static shot, large fireballs, large quantities of water, freeze water in its vicinity, create an F-4 Tornado, and create earthquakes up to 7.8 on the Richter Scale), Biological Manipulation and Radiation Manipulation with the Atomic Revolver (Causes cancerous growths to grow in and kill targets within minutes, which ignores conventional durability), many more with other weaponized SCPs, Resistance to Reality Warping, Mind Manipulation, Possession, Telepathy and various other hax (Described as an "Anti-Reality Warper", and typically wears Telekill armor. Unfazed by SCP-166 and 531-D's abilities, could somewhat resist SCP-239's hax, and entirely resists it with telekill)

Attack Potency: Athlete level (Punched a man's nasal bridge hard enough to instantly shatter it, as well as overpower him, is able to restrain and overpower grown men. Should be comparable to Dmitri, a trained Russian soldier. Traded blows to those who can harm him), Street level with firearms, Multi-City Block level to Large Town level Environmental Destruction with SCP-776-ARC (It can create an F-4 Tornado, as well as earthquakes that score at the most a 7.8 on the Richter Scale), much higher with preparation time (With Foundation resources and time, he has access to the PSX820, a direct energy weapon capable of vaporizing 65% of SCP-682's mass. He was able to permanently kill numerous Type Green reality benders with sufficient preparation time, including KTE-9927-Black, which was deemed by the Global Occult Coalition to be an "Immediate Global Threat"). ignores durability with Reality Sink effects + the Atomic Revolver

Speed: Average Human with Supersonic+ reactions and combat speed (Had fought and kept up with Dr. Kondraki. Reacted and dodged gunfire from Dr. Mann)

Lifting Strength: Athletic Human (Should be comparable to Dmitri, who can lift a fully grown man with one hand casually)

Durability: Athlete level (Took hits from Kondraki, and survived encounters with SCPs that would have otherwise killed him)

Stamina: High (Wasn't tired after pursuing Kondraki through the greater part of a containment site)

Intelligence: Genius (Has outsmarted Kondraki on numerous occasions. An expert in the studies concerning reality benders, and an experienced and unparalleled master in killing them, as well as a high ranking researcher of the Foundation)

Weaknesses: SCP-776-ARC relies entirely on chance, and produces random effects (see powers and abilities), some higher level reality benders can bypass much of his natural resistance to Reality Warping and other hax. Reality sinks are often subject to extreme forces within their biology, typically succumbing to cancers or mental deterioration, however, Dr. Clef hasn't shown these symptoms.

Note: The effects of a Reality Sink work over an unknown time frame.

Magic Man (Adventure Time) Magic Man's Profile (Note: Speed was Equalized, Clef had all his equipment and prior knowledge on Magic Man's powers)

Tetsuo Shima (Akira) Tetsuo's Profile (Tetsuo was in his Esper key, SCP-776-ARC was restricted for this fight, and speed was equalized)

Rudolf Ushiromiya (Umineko no Naku Koro ni) Rudolf's Profile (Piece Rudolf was used, he had access to his standard equipment and his durability was assumed to be Human level; Dr. Clef's optional equipment was restricted and the battle took place in Diagon Alley)