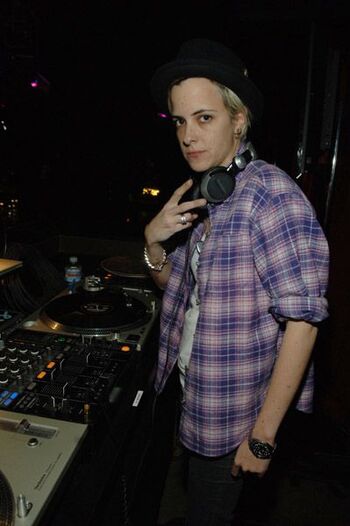 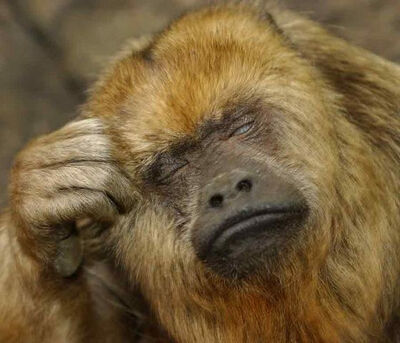 Age: Varies physically. Hundreds of years old by the events of Unfinished Business

Powers and Abilities: Superhuman reaction speed (Typically is comparable with the likes of Dr. Kondraki and Clef), Possession and Immortality (Types 6 and 8) with SCP-963 (Was able to override a hive mind containing billions of individuals without any effort), Absorption (Each mind that he overrides has its memories and knowledge added to his own. It is implied that this also allows him to absorb their souls as well), Duplication with SCP-963-2 (Each body a 963-2 touches has its associated mind turn into an identical copy of Jack Bright's consciousness), Radiation Manipulation and Biological Manipulation with the Atomic Revolver (Causes those who are shot by it to contract fast growing tumors that kill them within minutes), Abstract Existence (Type 1 for the 'object' as it exists as a purely metaphysical construct), Teleportation (Can make any object enter another), Conceptual Manipulation (Unknown, at least Type 3. Can put objects into concepts, put concepts into objects or put concepts into other concepts), Information Manipulation, BFR with SCP-2719, much more depending on what body he is possessing (Inherits the powers and abilities of whatever body he possesses), Resistance to Empathic Manipulation (Dr. Bright has proven highly resistant to psychic and emotional manipulation according to his personnel file)

Attack Potency: Varies depending on what body he is possessing. Typically his human forms are at least Athlete level (Physically damaged Dr. Clef, although he was injured at the time), Street level with firearm. Varies, High Hypoverse level to Unknown with SCP-2719. Small Building level with preparation time (His turrets are able to quickly kill SCP-076-2)

Speed: Varies depending on what body he is possessing. Normal Human with Supersonic+ reactions and combat speed with most human forms (Comparable to Dr. Clef and Dr. Kondraki)

Striking Strength: Varies, Athlete Class in most of his forms

Durability: Varies depending on what body he is possessing. Typically his human forms are at least Athlete level (Was able to take hits from an injured Dr. Clef during the events of Unfinished Business. Should be comparable to Dr. Kondraki). Unknown with SCP-963 (Described as 'indestructible'. While he was in control of the entire Foundation's resources via 963-2, he claimed to still have no way to destroy it. Claimed "An explosion big enough to take it out would be more than enough to burn off the atmosphere")

Stamina: Varies on what body he possesses. Most human bodies have a High Stamina, having pursued Clef and Kondraki for an extended period of time.

Intelligence: Genius normally (A high ranking researcher of the SCP Foundation, outsmarted both Clef and Kondraki on several occasions), Supergenius as of the events of Unfinished Business (Absorbed the minds of a large majority of the Foundation, possibly many, many more)

Weaknesses: 963 needs to physically touch a being in order for Bright to possess them. If 963 is somehow destroyed, he would be permanently dead. When not trying to push an agenda, he actively tries to find a way to end his life.