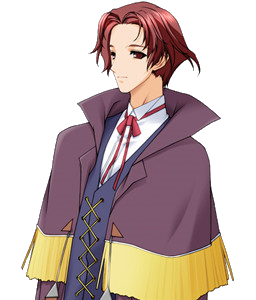 Downy Reed is a teacher at Floria Academy, and the supreme commander of the Lords of Ruins who seek the destruction of the world.

Attack Potency: Building level (Comparable to Touma Taiga), Multiverse level with Hax (Absorbed all the powers of Imnity who is the embodiment of law of causality, and a huge compendium listing all the rules and laws of physics and causality of all worlds, of which endless worlds exist, each world having a different flow of time and requiring the ability to cross time and space to get from one to the other. Imnity had has control over the concept of causality)

Speed: Omnipresent with his consciousness (Absorbed the powers of Imnity who is the same as Ricolis, The Red Book which is the essence of Ricolis's consciousness is a means of spreading herself across all worlds. The essence of herself exists in every world and she can learn about other worlds through her essence and draw others from other worlds towards her), Massively Hypersonic otherwise (Comparable to Touma Taiga), Massively Hypersonic+ with Lightning Attacks (Has the power of Imnity who can call lightning down from the sky which also conducts through metal)

Range: Tens of meters, Hundreds of meters with BFR (Copied Lilly's BFR which sent the Garguntun which was larger than mountains to another dimension), Multiversal with Hax