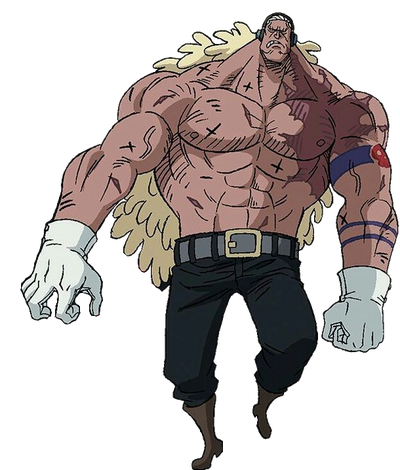 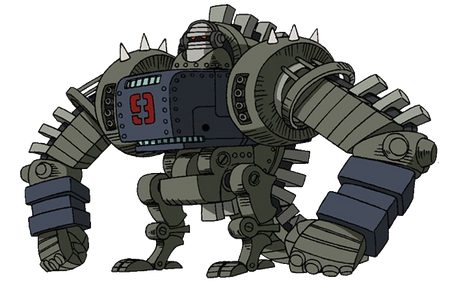 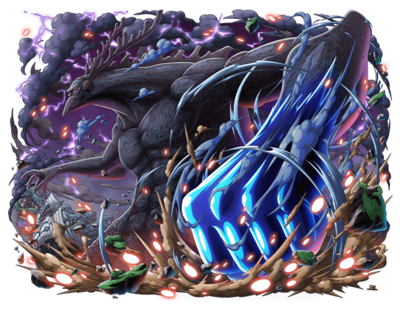 Douglas Bullet is the antagonist of One Piece Movie: Stampede made to celebrate the 20th aniversary of the One Piece anime.

Bullet is a former military hero that resigned after a certain accident. He joined the Roger Pirates and was considered one of the strongest members of the crew, being around the level of Silvers Rayleigh at the time.

Attack Potency: At least Small Country level+ (Far stronger than Zoro who managed to cut Issho's meteor. When Blackbeard freed the prisoners from the sixth level of Impel Down, he refused to fight Bullet after noticing his power), likely Country level (Comparable to Gear 4th: Boundman Luffy, who should be around 3 times stronger than Zoro)

Speed: FTL+ (Faster than Law, who's comparable if not superior to Smoker, who clashed evenly with Sabo and even matched his speed during the final battle, while Sabo intercepted Kizaru's Yasakani no Magatama)

Lifting Strength: Class T (Clashed with Gear 4th Luffy, who in turn could compete with his strongest golem)

Durability: At least Small Country level+, likely Country level (Took attacks from the Supernovas and even fought back after getting hit by Luffy's strongest attack)

Stamina: High (Defeated the Supernovas without breaking a sweat, fought Luffy, Sabo, Law, Smoker, Hancock and Buggy without showing any signs of exaustion. Was fine after getting hit by Luffy's King King Kong Gun. Can imbue his Armament Haki in his massive golem repeatedly, showing no signs of fatigue, while covering half of the body usually tolls a regular user)

Standard Equipment: None notable, however, he can use objects from his enviroment to create his machinery

Intelligence: Considerably above average (Was trained in the military since he was 9 years old. Has been fighting wars since 14 and winning all of them. Bested Luffy and the rest of the Supernovas in a short time)

Note: Bullet's canonicity as a character is currently unknown. However, One Piece Movie: Stampede is self-contained and non-canon to the events of the manga, so no feat shown here is scalable to the canon characters.