The .hack// series consists of 2 parts, both of which take place inside an MMORPG called The World. The first is the .hack// tetralogy, which follows the story of Kite, who is granted the power of Data Drain by a mysterious being known as Aura and wages battle against the Eight Phases of Morganna.

The second part is the .hack//G.U. tetralogy, which follows the story of Haseo, a PKK known as the Terror of Death who seeks the PK Tri-Edge, eventually discovering he possesses the Avatar Skeith, The Terror of Death, and using this power to fight against a strange phenomenon causing distortions across The World - AIDA.

The Verse is exceptionally powerful, with even the average players reaching Small City Level and Supersonic+ speeds, as well as boasting a wide variety of hax, such as Power Nullification, Mind Manipulation and Life Manipulation.

The Verse reaches into Multiverse Level with the power of the Eight Phases of Morganna, Data Drain, The Epitaph Users, AIDA and Cubia along with boasting abilities such as Data Manipulation, Time Manipulation and Death Manipulation.

Data Drain: An ability possessed by the Eight Phases of Morganna, users of the Twilight Bracelet and Epitaph Users. The effects of this ability vary based on the user, some of these effects include: Reality Warping, Data Manipulation, Existence Erasure, Statistics Reduction, Absorption.

Epitaph User: An Epitaph User is a player who has the ability to summon an Avatar at will, Epitaph Users are capable of acting in Avatar Space, as well as fighting against AIDA.

Avatars: These are the beings created by Morganna to halt the growth of Aura, after their defeat at the hands of Kite, their data was retrieved and given to special PCs, known as Epitaph-PCs, for the purpose of experimentation, the Avatars escaped, eventually binding to hosts that held personalities compatible with their respective Avatar, they manifest when the user experiences powerful emotion, after which they can be summoned at will, it is possible for an Epitaph User to lose control of their Avatar, as a result, the Avatar will go berserk and attempt to destroy anything in its path.

Avatar Space: A parallel dimension that exists alongside The World, Epitaph Users and AIDA-PCs are capable of entering this dimension at will and when they do, time is stopped for all those outside of it.

AIDA: Artificially Intelligent Data Anomalies, originally harmless to humans, a mutant appeared among them, eventually causing the rest to become malevolent, these strange beings are attracted to human emotions, they possess the power to amplify human emotions or take control of them completely, they can merge with humans to create AIDA-PCs, the first of these AIDA-PCs was Ovan, created from AIDA <Tri-Edge>, other AIDA-PCs include Sakaki and Endrance. The true bodies of AIDA exist only in Avatar Space, manifesting as black bubbles in the normal areas of The World. 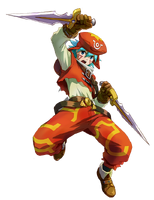 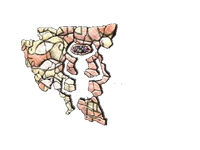 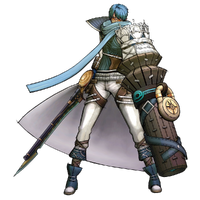 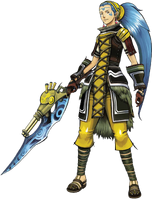 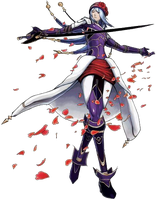 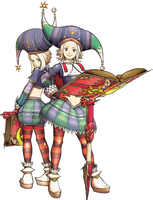 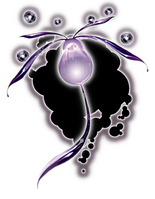