For detailed information about this series, visit the Doraemon Wiki.

Doraemon (Japanese: ドラえもん) is a Japanese manga series written and illustrated by the manga writing team Fujiko Fujio. The series has also been adapted into a successful anime series and media franchise.

The franchise expanded greatly to become a very popular franchise. It includes the main manga of short stories and its anime adaptations, dozens of movies, and many spin-offs.

For more information about the franchise, see Doraemon on Wikipedia.

The main manga and its anime adaptations include hundreds to thousands of daily life short stories about how Doraemon, a robot cat from the 22nd century, returns to the 20th century to help improve the life of his friend Nobita, the loser that would become the great-great-grandfather of Doraemon's friend in the 22nd century Sewashi. Doraemon often tries to help Nobita with his gadgets from the 22nd century, but they often get misused by Nobita himself, with hilarious results.

The movies and their manga adaptations have a darker and more serious motif, with each movie the main characters engage on an adventure and face dangers. Throughout the films, the 5 have traveled to the prehistoric past, reached the depth of the galaxy or under the sea, or discovered civilizations isolated from the rest of the world. In each film, they encountered villainous groups, from dinosaur hunters, future criminals to monsters or aliens.

The spin-offs include The Doraemons series, which introduces 6 friends of Doraemon from the Robot Academy in the 22nd century. The Original Series keep on the life and adventures of the Doraemons, and some of the chapters include the anime movie stories. The Special Series have a very major difference with Nobita's frequent participation in most of the Doraemons' adventures, instead of the only focus on the Doraemons.

This verse does not heavily focus on action (although The Doraemons and the movies are exceptions) and instead showcases a vast variety of hax through slice-of-life stories. Each chapter introduces a gadget that, while often used for children-friendly purposes, can be truly terrifying if used for malevolent intent (the action-packed spin-offs and movies heavily accentuate this through the use of many time criminals, criminals that use the same gadgets as Doraemon for their criminal activities).

That said, the verse is not completely devoid of powerful beings. Antagonists that are not time criminals are often this, using their sheer strength to make up a lack of hax. The most powerful non-broken antagonists can reach Multi-Continent level. 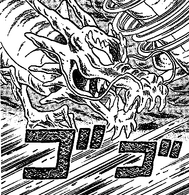 Mafuga
Add a photo to this gallery 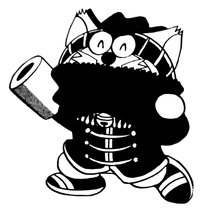 Retrieved from "https://vsbattles.fandom.com/wiki/Doraemon_(Universe)?oldid=7022553"
Community content is available under CC-BY-SA unless otherwise noted.