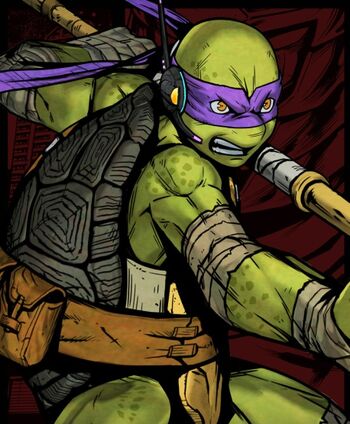 Donatello is the team's resident tech guru, spending his down time inventing gadgets and keeping the vehicles running. During battle, he's always quick to toss a handful of pizza slices into the air when his brothers need health. And when he joins forces with a teammate, the two dismantle the enemy defenses with a barrage of teleportation attacks.

Intelligence: Genius, created many of high-tech gadget and equipment, can hack alien technology.

Start a Discussion Discussions about Donatello (Mutants In Manhattan)