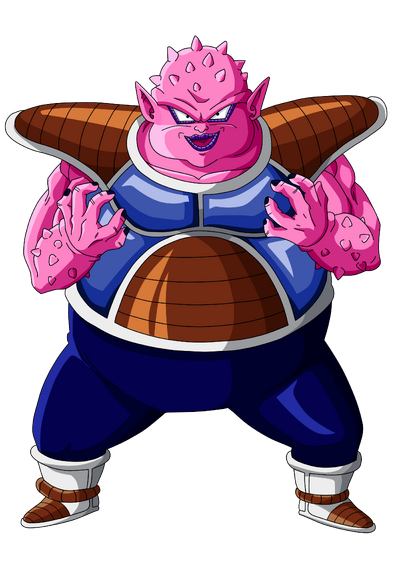 Dodoria (ドドリア) is an alien character and villain in the manga Dragon Ball, and the anime Dragon Ball Z, and makes brief comebacks in the movie Dragon Ball Z: Fusion Reborn and in Dragon Ball GT. He is a ruthless warrior and serves alongside Zarbon as one of Frieza's top two highest ranking Generals and right-hand men. His name comes from the Japanese word for the durian fruit.

Classification: Alien, Member of the Frieza Force, Guard of Frieza

Powers and Abilities: Superhuman Physical Characteristics, Acrobatics, Skilled in Martial Arts, Flight, Breath Attack, Ki Manipulation (Can be used defensively and offensively, to strengthen his skin or to fire ki blasts, which can home in on targets and form defensive barriers), Ki Sensing via scouter, Resistance to Cold and Radiations