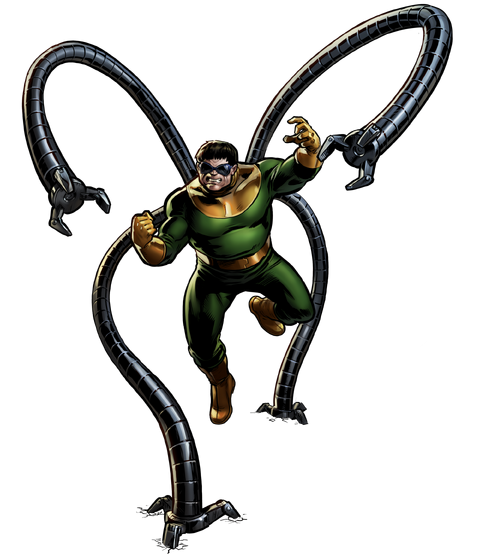 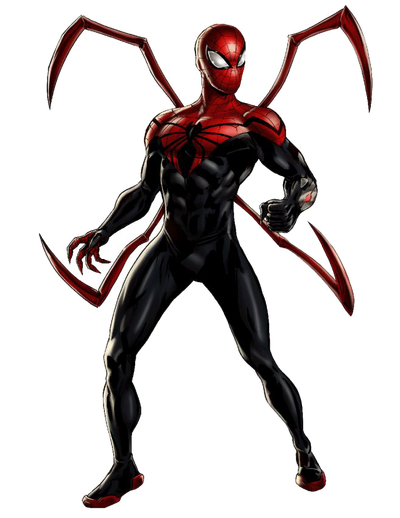 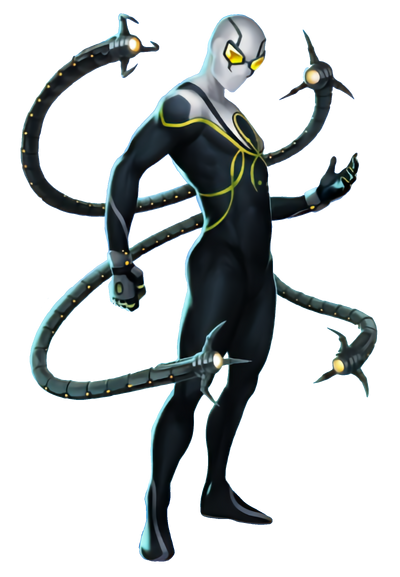 Born in Schenectady, New York, Otto Octavius had a turbulent upbringing due to his abusive father Torbert berating him for being constantly bullied at school. Due to his mother's insistence that he could solve anything with his mind rather than with brute force, Otto focused more on his education, becoming a brilliant and respected nuclear physicist who devoted his entire life to developing a fusion-based energy source. His work eventually led him to Oscorp. By the time Octavius finally finished his fusion reactor for Oscorp, having lost his mother and the woman he loved during that time, he unveiled a harness of highly advanced mechanical arms controlled via a brain–computer interface to assist him with his research into atomic physics.

But because the energy core became unstable, and in part due to being too stubborn to turn off the machine, the experiment turned into a complete disaster, with Spider-Man saving the day. Yet the damage was done, as direct exposure to the energy core damaged Octavius mentally and physically. The heat from the energy core fused the metal harness to his spine, forcing the hospital staff to build an iron lung around Octavius's body to save his life. But Octavius, driven mad by his refusal to accept that he was wrong, escaped soon after and turned to a life of crime as the supervillain Doctor Octopus.

Age: Unknown | As Superior Spider-Man, his body is 30+ years old.

4 Mechanical tentacles on his Back, Genius Intelligence, Telepathy (With tentacles only), Surface Scaling (Can scale through walls with his tentacles), Elasticity (Seems to be able to enlarge his tentacles), Preparation (Has repeatedly made plans for trying to conquer the world and defeat Spider-Man. Studied the Avengers and later defeated them with the Sinister Six), Resistance to Mind Control/Telepathy (Unaffected by telepathic commands given to him), Electricity Manipulation (His arms are insulated) and Gravity Manipulation (Moved in a gravitational field that could stop an elephant). Sense Manipulation and Possession with Preparation (Created a brain-swapping octobot with tech that forced Spider-Man to ignore his spider-sense)

Superhuman Physical Characteristics, Genius Intelligence, Preparation, Regeneration (Mid-Low; Has the body of Spider-Man, which can regenerate broken bones in hours and recover from vampire attacks), Surface Scaling, Acrobatics (Has the body of Spider-Man, and should retain his agile capabilities), Precognition (Has access to Spider-Man's Spider Sense), Enhanced Senses (Has the body of the original Spider-Man, which should grant him access to his natural senses. Can detect energy build-up and magnetic signatures), Extrasensory Perception (Should have this due to having access to the Spider Sense), Skilled Martial Artist, Web Creation, Afterimage Creation (Like Spider-Man, he has shown the capability of creating afterimages with his speed), Mind Control (With preperation. Created technology to mind control the Sinister Six), Technological Manipulation and Limited Power Nullification (Can create a power dampening field, which disabled the technology of the Sinister Six), Hacking (Able to hack a Shield Helicarrier with his Spider Bots), Energy Absorption (Capable of reversing the absorption of energy to weaken the opponent), Disease Manipulation (With preperation. Quickly created a device to destroy a virus without harming the host), Explosion Manipulation (Can inject somebody with Spider Tracers that he can detonate. Carries explosive Spider Bots), Electricity Manipulation (His suit's Spider Legs are capable of shooting electricity), Fire Manipulation (Has fire webbing that can help against Venom), Sound Manipulation (Has sonic webbing that can fend off Venom), Information Analysis (Capable of analyzing targets and can access information about their powers with the lenses of his suit, can see through magic illusions), Forcefield Creation (Can create forcefields, spider Bots can come together to create forcefields), Ice Manipulation (Froze Waxman), Poison Manipulation (With nerve gas), BFR (Can put targets out of phase with reality), Limited Body Puppetry (With Octobot), Power Absorption (With Preparation. Recreated Doom's power absorption device), Energy Manipulation (Can disrupt Dr. Strange's magical energies, can charge his arms with anti-ionic energy), Power Mimicry (Can mimic Bifrost's magical energies), Resistance to earthly poisons and diseases (Can even recover from vampirism), Mind Control/Telepathy (Should retain his natural resistance from his previous body)

All of the natural powers of Spider-Man (States that his Proto-Clone body has Spider-Man's powers), Sound Manipulation (Can produce sonic blasts from his tentacles that are calibrated for symbiotes), and Immortality (Types 4 and 6. Can't be killed, as he has an endless amount of clone bodies that transfer his consciousness upon his death)

Lifting Strength: Unknown | Class M | Class M (Is a physical clone of Spider-Man and can grapple with him)

Standard Equipment: His four tentacles on his back

Intelligence: Extraordinary Genius. Is one of Spider-Man's most dangerous villains, has successfully enacted a plan to beat the Avengers, and has even managed to create and accomplish a plan which successfully swapped bodies with him for a period of time. As the Superior Spider-Man, he employs his cunning genius and access to both his and Peter's memories to fully take advantage of his youthful body. His style of combat has a heavy focus on brutality, intimidation, and technology by using the available resources.

Dr. Octopus surviving a nuclear explosion by protecting himself with his mechanical arms is considered an outlier due to the implications of strength and durability this would give to other characters and to Ock himself. 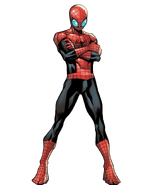 Superior Suit Version 1
Add a photo to this gallery