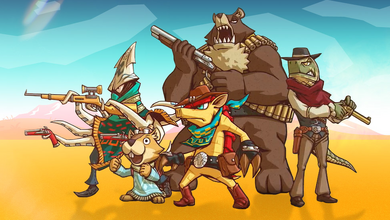 On February 14, 2013, Nintendo announced via Nintendo Direct in North America that the game is to be followed up by a sequel to be released in the following April, which is entitled Dillon's Rolling Western: The Last Ranger.

The verse is weak, with the characters being Building level and Supersonic at best. They have a few weak hax.

Retrieved from "https://vsbattles.fandom.com/wiki/Dillon%27s_Rolling_Western?oldid=6503573"
Community content is available under CC-BY-SA unless otherwise noted.