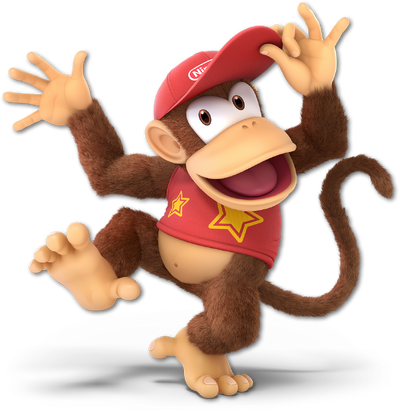 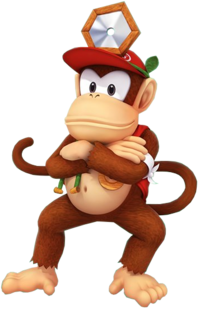 Age: Likely at his early teens

Attack Potency: Small Country level (Diddy is able to knock a miniature-sized moon out of its orbit and into the planet's atmosphere by crashing directly into it head first)

Intelligence: Above average (Has a doctorate, is skilled in various sports, and constantly helps Donkey Kong to defeat King K Rool and other villains)