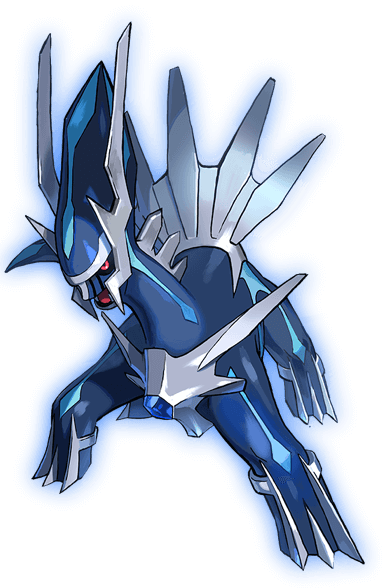 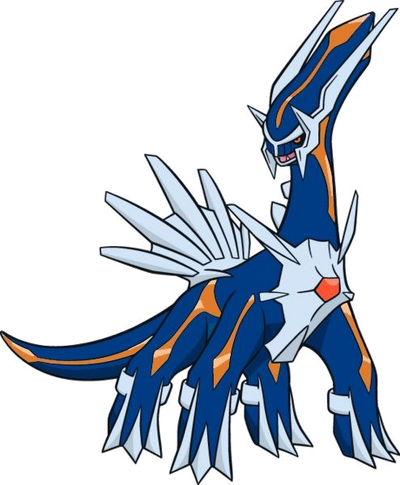 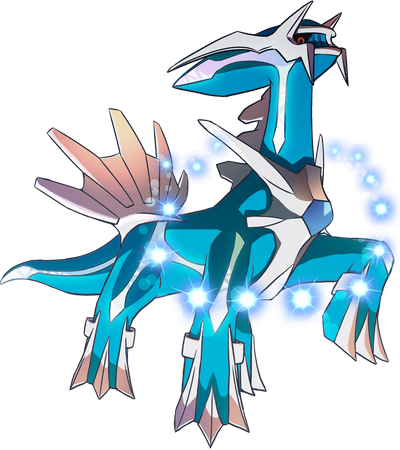 Dialga is a Dragon/Steel-type Pokémon and a member of Sinnoh's Creation Trio, being the Master of Time. Time is said to flow for as long as Dialga's heart beats, and it is often treated as a deity in the Sinnoh region for its immense power.

Age: As old as time and creation

Attack Potency: Multiverse level (Its birth made time begin to flow. Is a good amount stronger than Darkrai, even with Palkia fighting it and drawing its attention. Aided in the creation of the multiverse, which contains an untold number of universes. For instance, certain universe's versions of the Kalos region contain a Reflection Cave. The mirrors in this cave each lead to other universes, each with their own versions of Reflection Cave with more mirrors leading to more universes, and so on. Equal to Palkia)

Speed: Infinite in its avatar (Fought Palkia in shattered space-time), Nigh-Omnipresent in its true form (Exists throughout the entirety of time)

Lifting Strength: Immeasurable (Stated to embody the entirety of their dimension, which exists on a higher plane)

Durability: Multiverse level (Due to it being the embodiment of Time, is very difficult to kill. Can take hits from the other members of the Creation Trio)

Standard Equipment: Adamant Orb (A brightly gleaming orb to be held by Dialga. It boosts the power of Dragon- and Steel-type moves when it is held)

Intelligence: Unknown. Possibly Nigh-Omniscient, as the embodiment of time

Weaknesses: Dialga is weak to Ground and Fighting-based attacks