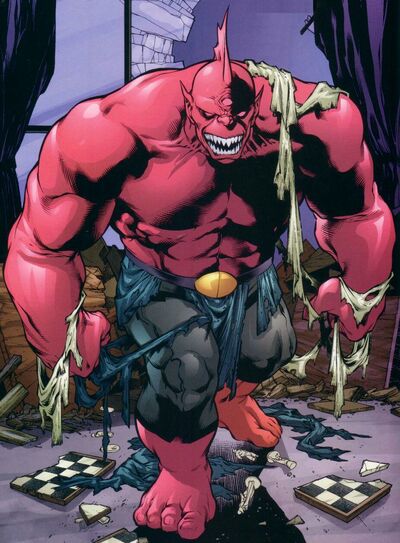 Despero is an extremely powerful conqueror from the planet of Kalanor. Through his initial defeat given to him by the Justice League, Despero began harboring an extreme hatred for them and only seeks their eternal destruction.

Attack Potency: Solar System level (He has sometimes been portrayed as significantly stronger than Superman, Martian Manhunter, and Captain Marvel)

Stamina: Extremely High. He has fought the combined forces of the JLA and JSA for an extended period of time

Intelligence: Above average (He's shown to be a very cunning strategist.)

Weaknesses: His skin can be pierced by sharp objects