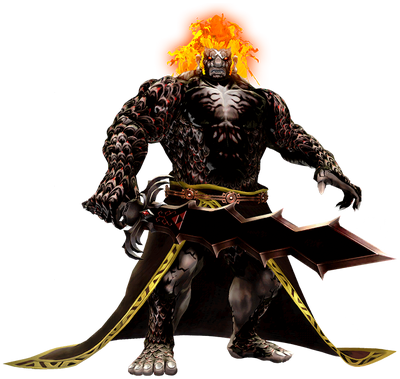 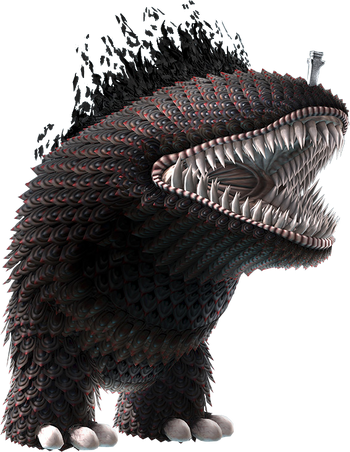 Demise is one of the two main antagonists of The Legend of Zelda: Skyward Sword, a demon who was defeated by the goddess Hylia and sealed in the form of a monster known as The Imprisoned. During the events of Skyward Sword, Demise's servant and living weapon Ghirahim sought the now-mortal reincarnation of Hylia, Zelda and use her life force to release Demise and restore his true form. While Ghirahim succeeded, he died fighting Zelda's friend Link and was sealed within the Master Sword to erase him completely. However, Demise vowed that his malice towards Link and Zelda would be incarnated into one who will make their descendants and reincarnations suffer for years to come.

Age: His actual body is easily thousands of years old, older as a fragment of his spirit lives on through Ganondorf.

Attack Potency: At least Multi-Continent level (Much stronger than Levias and initial Ghirahim) | At least Large Star level (Far superior to Calamity Ganon, as he represents Demise's hatred. Casually created a realm with a sun just as an arena to fight in while not at full power), likely Multi-Solar System level (Fought and mortally wounded Hylia, who, as the highest god[dess] in all of Hyrule, should be vastly superior to the minor deity that is the Wind Fish)

Standard Equipment: None | Ghirahim in his sword form

Weaknesses: In his Imprisoned form, there is a weak spot on his head that can be attacked, his true form has no such weakness.