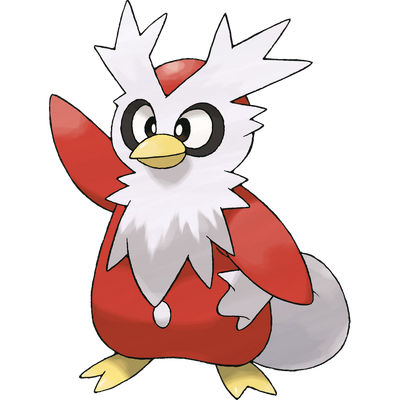 Delibird is a dual ice and flying type Pokémon. It is mainly known for transporting food and others goods in its tail, resembling a bag.

Range: Standard melee range, hundreds of meters with most attacks