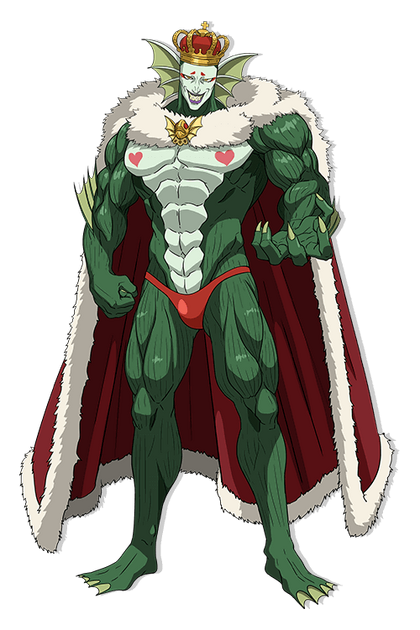 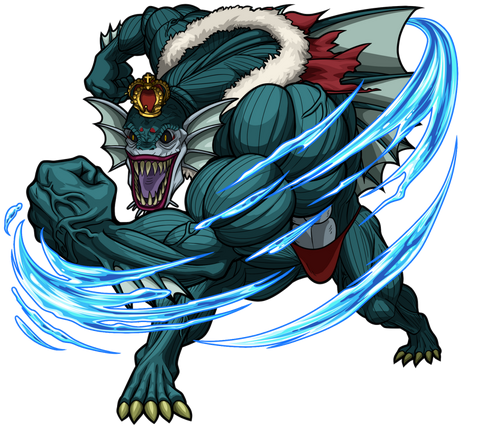 Deep Sea King was a Demon-level threat who ruled over the Seafolk as their king and claimed the sea as his own.

Stamina: Superhuman (B-Class, A-Class and S-Class heroes were attacking him all day, and he wasn't tired at all when Saitama came).

Intelligence: Average, but above average in terms of fighting.

Weaknesses: Becomes weakened without water in the vicinity (Rain is sufficient to hydrate him)

Skilled Hand-to-Hand Combatant: The Deep Sea King was an extremely skilled combatant capable of defeating two S-Class Heroes, and seemed to have lots of combat experience, as seen when he lectured Pri-Pri-Prisoner on how to fight properly, by putting much more effort into attacking an opponent with more intent to kill. He also seemed to have a preference for combo attacks, attacking his opponents mostly with a barrage of punches. 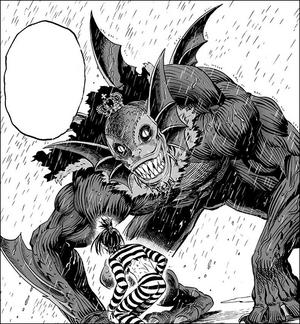 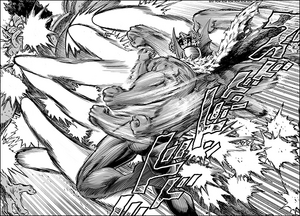 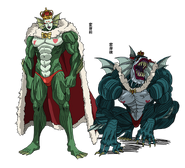 Deep Sea King as he appears in the anime 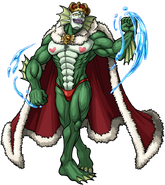 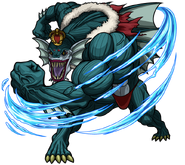