Death note is a Japanese manga series written by Tsugumi Ohba and illustrated by Takeshi Obata. The story follows Light Yagami, a high school student who discovers a supernatural notebook from a shinigami named Ryuk that grants its user the ability to kill anyone whose name and face he knows. The series centers around Light's subsequent attempts to create and rule a world "cleansed of evil" as a "God" using this found notebook, and the efforts of a detective known as L to stop him.An anime adaption was created in 2007 by Madhouse, and two live-action movies have also been adapted from the manga. An American live-action movie is also in the works.

In terms of power, Death Note is weak, with max showings of peak human strength. It is, however, going well in hax, as the Death Note can kill any human whose name is written in its pages. Although the default cause of death is a heart attack, it can also control the circumstances and actions of the humans leading up to their deaths. There are many rules which limit the use of the Death Note (For example, if a human is made to do something they wouldn't usually do, or be in a place that's impossible under the circumstances, they just die of a heart attack after 40 seconds). The characters are also used in intellectual match-offs. The Shinigami are intangible beings from another realm that live off the lives that humans could have lived, if they had not been killed. 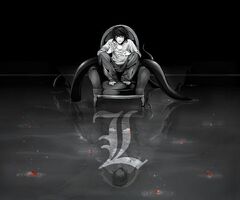 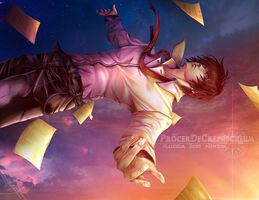 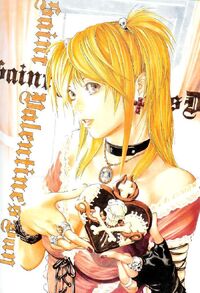 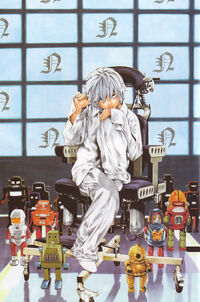 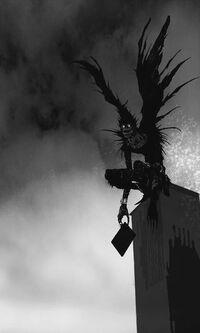 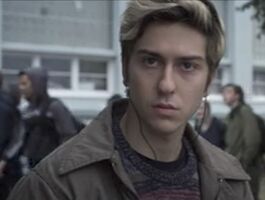 Light Turner
Add a photo to this gallery 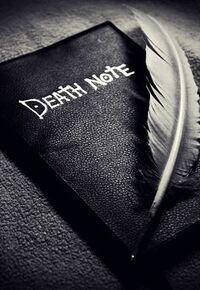 The Death Note Notebook
Add a photo to this gallery