VS Battles Wiki
Register
Don't have an account?
Sign In
in: Characters, Comic Book Characters, Marvel Comics,
and 37 more 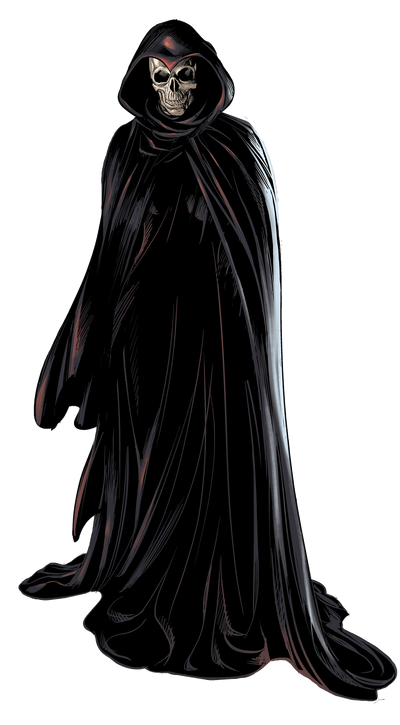 Mistress Death is a character from Marvel Comics. As the abstract embodiment of death, mortality and extinction, she stands directly opposite to Eternity and Infinity in the Cosmic Pantheon.

However, unlike what her appearance and role might indicate, she is not a "malevolent" force of destruction, but rather a necessary part of existence. In fact, the entity has also been portrayed as a responsible builder of afterlives.

Unlike most abstract entities, Death has a long history of numerous involvements with mortals throughout the multiverse, the most notable of which is her relationship with Thanos the Mad Titan, who has been on a conquest to prove his undying love to her by killing all of the living.

Age: Inapplicable. As old as the concept of Death

Attack Potency: Multiverse level+ (more powerful than the strongest Celestials. Killed the armies of the Cancerverse, including the Galactus Engine), possibly Low Complex Multiverse level (On par with other universal abstracts), able to ignore durability in some ways | Low Outerverse level (Should be at least comparable to the Multiversal Eternity of the Seventh Multiverse, and likely far more powerful, since Eternity was described as insignificant in comparison to her true form)