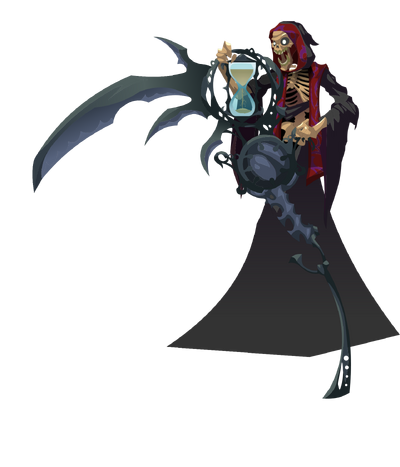 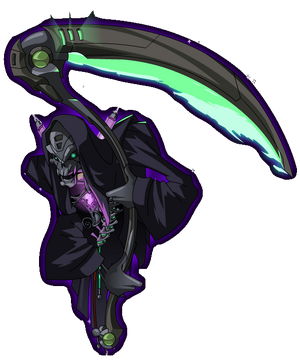 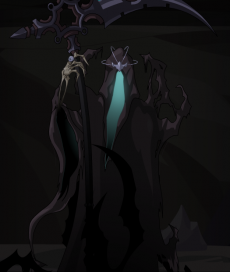 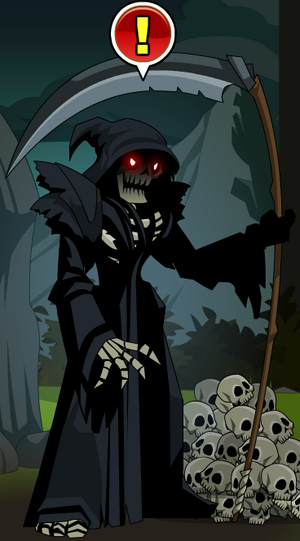 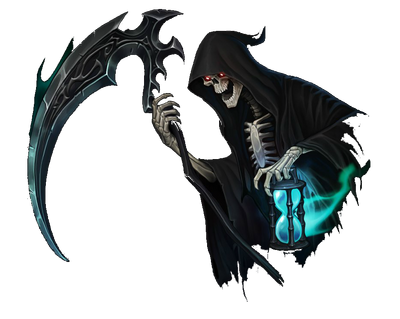 Death, also known as Death the Horseman is a Demipower that represents the concept of Death throughout the AEverse. Due to the large amount of deaths throught the universe, Death is deemed as the most powerful of the four Horseman. Death rarely makes a full appearance but is only represented by his avatars which include Death the Servant, the Boatman, and The Reaper who are responsible for resurrecting fallen heroes to continue playing the game.

Age: As old as the concept of death

Powers and Abilities: Superhuman Physical Characteristics, Non-Physical Interaction, Toon Force, Breaking the Fourth Wall, Immortality (Types 1, 9 and possibly 5 and 8. Said to have existed ever since the concept of death was first perceived and defined), Magic, Darkness Manipulation, Portal Creation, Invisibility (Most individuals are unable to physically view the avatars of Death but are able to sense Death's presence), Conceptual Manipulation (Type 4. Embodies the concept of death and can utilize the very concept to force an instant death on an individual), Death Manipulation with Powerword Die (Can force an instant death on an individual by simply speaking), Life Manipulation, Necromancy, Soul Manipulation, Void Manipulation, Flight via Eternal Death Wings, Portal Creation, Teleportation, Resurrection, Telekinesis, likely Abstract Existence (Type 2), each incarnation of Death seemingly represents Death within a single timeline | All previous, gains power through the deaths of others, Abstract Existence (Type 1).

Attack Potency: Varies from Town level to Island level (Although Death does not focus on destruction, Death's avatars have clashed with Hero of Lore from the weakest to the strongest incarnations several times. They are not powerful enough to oppose Drakath). Can kill a person by simply speaking but he only uses this as his last resort. | Unknown (Stated to be stronger than the other Horsemen: Famine, Pestilence, and War)

Speed: At least FTL (Clashed with the Hero of Lore multiple times) | Likely Nigh-Omnipresent within all timelines.

Durability: Unknown  (Even though Death has been defeated by the hero several times, it is unknown whether Death can be truly killed or not. He has been killed by Sepulchure in an alternate timeline, though) | Unknown

Weaknesses: For some unknown reasons he seems to be defeated many times even in Underworld itself possibly due to PIS

Retrieved from "https://vsbattles.fandom.com/wiki/Death_(AEverse)?oldid=5385956"
Community content is available under CC-BY-SA unless otherwise noted.