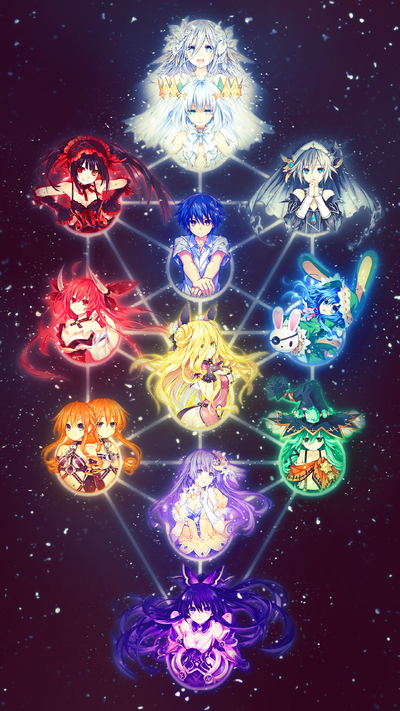 For detailed information about this series, visit the Date A Live Wiki.

Date A Live (デート・ア・ライブ Dēto A Raibu) is an ongoing Japanese light novel series written by Kōshi Tachibana and illustrated by Tsunako that is published by Fujimi Shobo under their Fujumi Fantasia Bunko label since March 2011. Currently, a total of 17 main-series, 2 spin-off and 10 side-story volumes have been released.

The light novel series has been adapted into a animated television series, two games, and three manga

Thirty years ago a strange phenomenon called a "spacequake" devastated the center of Eurasia, claiming the lives of at least 150 million people. Since then, smaller spacequakes plague the world on an irregular basis. Shido Itsuka, a seemingly ordinary high schooler comes across a mysterious girl at the ground zero of a spacequake and learns from his sister Kotori she is one of the "Spirits" who are the real cause of the spacequakes that occur when they manifest themselves in the world. He also learns that Kotori is the commander of the airship Fraxinus, crewed by the organization Ratatoskr, and is recruited to make use of his mysterious ability to seal the Spirits' powers thus stopping them from being a threat to mankind. However, there is a catch: to seal a Spirit's power, he must make her fall in love with him and kiss him.

For a harem series, this verse is actually quite strong, even at the beginning-of-series, the low tier easily reached Small Town level, through the series, Characters reached City level, Mountain level and even Island level with the Yamai Sisters and Mukuro's casual power. Finally, the top tier reached Large Island level in sheer power if we exclude the God of the verse, Takamia Mio which reached a Cosmic level with haxes. However, the verse isn't strong only with sheer power, the Date A Live Universe contains some strong ability, At the beginning of the series, some powers like Elemental Manipulation, Spatial Manipulation, Time Manipulation, Regeneration and Mind Control as been revealed, as the plot progresses, the power of the characters reached another level, other strong powers have been revealed, such as Reality Warping, Nigh-Omniscience, Future Manipulation, BFR, Law Manipulation and even Conceptual Manipulation 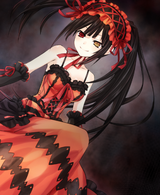 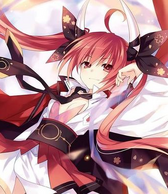 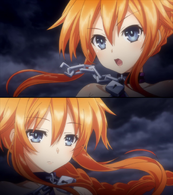 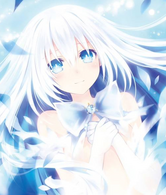 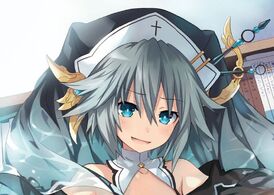 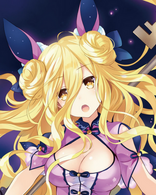 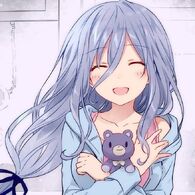 Mio Takamiya
Add a photo to this gallery

Shido Itsuka
Add a photo to this gallery 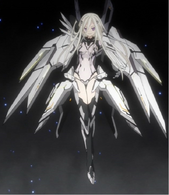 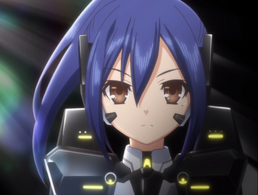 Mana
Add a photo to this gallery 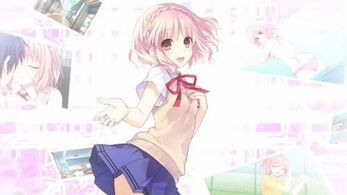 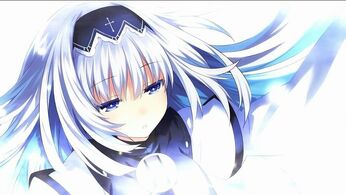 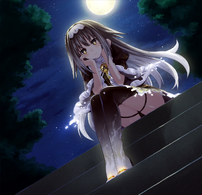 Marina Arusu
Add a photo to this gallery