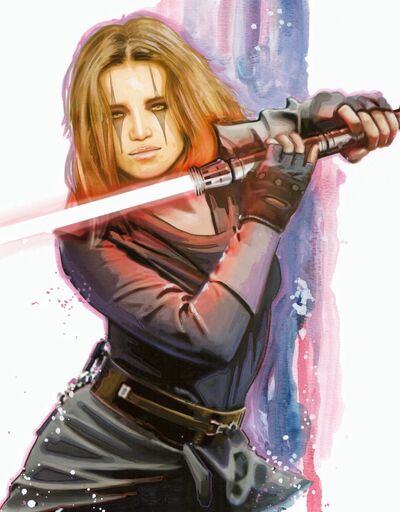 Classification: Dark Lord of the Sith/Human

Attack Potency: Planet level (Comparable to Darth Bane, even possessing the potential to surpass him)

Lifting Strength: Peak Human, can be augmented to Superhuman levels thanks to Force Amplification

Range: Stellar via powerscaling (Should be comparable to Darth Bane)

Intelligence: Acted as Darth Bane's shadow hand for years. Was capable of manipulating events and people around her so that their actions and outcomes would resolve in a favorable manner for her Master. Was the catalyst in convincing the Jedi that the Sith were gone once and for all for the next 800 years.