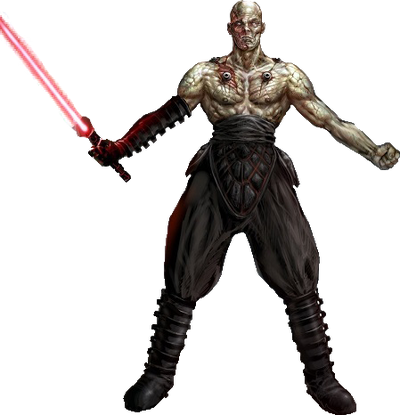 Age: At least in his 50s by the Dark Wars

Durability: Street level naturally. Planet level with Force Amplification (Was considered difficult, if not impossible, to kill at a time when both Darth Nihilus and Darth Traya lived. Meetra Surik had to use Dun Möch to convince him to die. Survived getting Force Crushed by Darth Traya)

Intelligence: Prefers to act, not think

Weaknesses: None notable (Though he can be persuaded out of living)