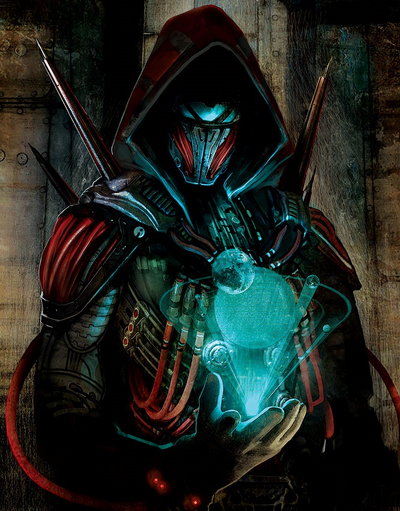 Darth Marr was a Human Male Dark Lord of the Sith, and a member of the Dark Council. He assumed the seat of the Dark Council when he was only in his twenties, and held that seat until he was killed by the former Sith Emperor, Valkorian. Unbeknownst to Valkorian, Marr's spirit lived on as a Force Ghost, where he joined Satele Shan in the assistance of the Outlander.

Attack Potency: Likely Planet Level (Should be comparable to or stronger than Darth Malgus & Satele Shan, as a long standing Dark Council member and the defacto leader of both it and the Empire, He should be on the same level as Jedi High Council Members)

Intelligence: Gifted (Ascended to the Dark Council in his early twenties. He led the defense of the empire within the council, until he became the sole commander of the Imperial Military. Generally a competent leader who is not bound by bigotry, similar to Darth Jadus.)

Retrieved from "https://vsbattles.fandom.com/wiki/Darth_Marr?oldid=5795206"
Community content is available under CC-BY-SA unless otherwise noted.