VS Battles Wiki
Register
Don't have an account?
Sign In
Advertisement
in: Characters, Bastard‼, 4th Wall Aware Characters,
and 40 more 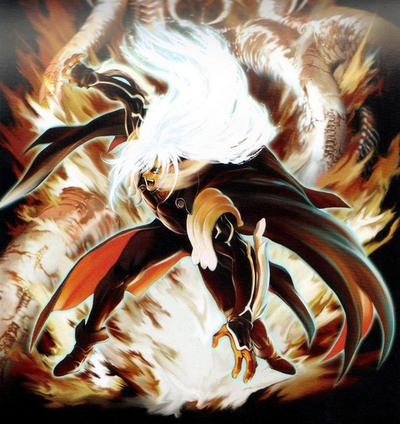 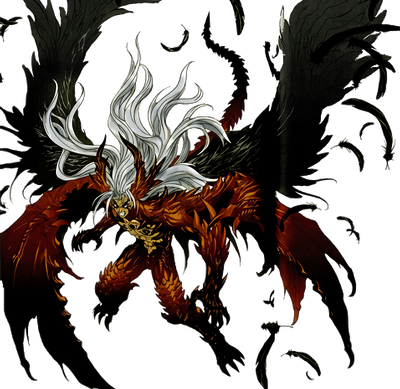 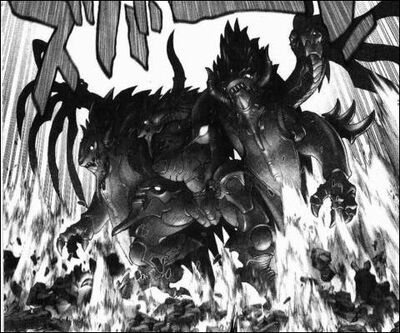 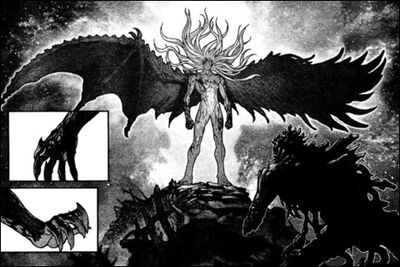 Dark Schneider is the main protagonist of Bastard!!, and is the self-proclaimed greatest wizard in the universe. 15 years ago, he lead an army of thousands, alongside his adjutants, "The Riders of Havoc" (consisting of Arshes Nei, Abigail, Gara, and Kall-Su). However, he was defeated by Lars Ul Meta-Licana, the prince of Metallicana, but he escaped death by using his dark arts to reincarnate himself in the body of a young child, Lushe Ren Ren. However Geo Soto Noto, the head priest of Metallicana, sealed Dark Schneider's spirit so that it would not resurface within the young boy.

After an all-out war erupted to break the seals of Anthrax, the high priest ordered that Dark Schneider be unleashed into the world once more to conquer it.

Powers and Abilities: Superhuman Physical Characteristics, Enhanced Senses, Magic, Flight, Forcefield Creation, Acid Manipulation, Air Manipulation, Darkness Manipulation, Earth Manipulation, Electricity Manipulation, Energy Manipulation, Fire Manipulation (Can generate fire and heat reaching millions of degrees Celsius or even hotter), Ice Manipulation (Can manipulate ice reaching Absolute Zero), Matter Manipulation (Can induce nuclear fission), Sleep Manipulation, Space-Time Manipulation (Can distort space and time), Energy Absorption, Existence Erasure (Dispel Bound strikes his opponent's Eternal Atoms on every level of existence and destroys them all), Astral Projection, BFR, Duplication (Can split into tinier versions of himself to avoid attacks), Illusion Creation, Sealing (Can trap others in magical prisons that will destroy their soul if they try to escape), Summoning (Can summon a variety of beings, including digestive enzymes from the gates of Hell that will consume organic matter), Transmutation, Resurrection (Can resurrect others), Telepathy, Teleportation (Can teleport others to wherever he pleases), Resistance to many forms of magical and physical attack (Dispel Bound is made up of many forcefields, with each one made to negate a certain kind of attack, including Mind Manipulation, Reality Warping, and Instant Victory effects), can see through illusions, Possession, Immortality (Types 1, 3, 4, 6 and 9; can reincarnate himself in the bodies of others by transferring his lifeforce into them as he dies), Regeneration (Low-Godly; cannot be killed unless his body, soul, and spirit, which all exist in different dimensions, are destroyed all at once)

Attack Potency: Multi-Continent level (Was stronger than Lars, who was able to beat an Anthrax level Angel effortlessly) | Large Country level to Multi-Continent level (Near the beginning of the series, he had spells capable of this much destruction while very rusty, and near the end of the second time skip, he was able to easily stomp Anthrax) | Small Planet level (Was beating demons 6,600 times more powerful than Anthrax) | Planet level (Far superior to Konron, should be on par with the base Seraphs who all have the power to pulverize planets, able to trade blows with base Uriel) | Galaxy level (The Judas Pain has the power to destroy an entire galaxy, and he also shattered the Black Abyss as a side effect of his fight with Uriel) | Galaxy level to Multi-Galaxy level (He was powering up and matching Uriel [whose power was increasing by 130 times every moment], simply by hating him more and more) | Multi-Galaxy level, possibly Universe level (Should be at least as powerful as DKL mode, and was stated to posses power "closest to God", which would imply him being possibly as strong, if not stronger than Satan, though this is not officially confirmed)

Lifting Strength: Class 100 (Capable of lifting and holding back the paw of Omega Abigail, who is similar to the 100,000 ton Stone Golem of Darsh's summon)

Stamina: Extremely high. Dark Schneider can fight for days at a time and survive the side-effects of using Judas Pain and the Dragon Knight Lucifer, which took a toll on both his body and soul

Intelligence: Genius. Dark Schneider can read complex languages like High Elvish, something considered particularly hard for common scholars and wisemen, and has a very high understanding of nuclear fission and magic

Weaknesses: Dark Schneider is extremely arrogant, and using the Judas Pain takes a huge toll on his body and soul. Before the four-year time skip, the kiss of a virgin would revert him to his form as Lushe. He originally could only use Halloween during a full moon

Judas Pain stated to have enough power to destroy an entire Galaxy:

Seraphine Angels stated as being able to exceed the Speed Of Light (光速を超えるスビードと) :

Majin Dark Schneider: After stealing 6 of the 7 shards of Judas Pain, Dark Schneider unlocks this form, increasing his power by several million times. In this form, he can absorb matter from his surroundings and reflect, if not absorb, spells used against him.

Dragon Knight Lucifer: As his trump card, Majin Dark Schneider can summon this mecha from any dimension, granting him a new host of abilities and a tremendous boost to his power.

Virgo Shaka (Saint Seiya) Virgo Shaka's Profile (Both were 3-B, and speed was equalized)

Lyle (Paradise Lost) Lyle's Profile (Note: Speed was equalized, Host of Nacht was used and this was Pre-Timeskip Dark Schneider)