VS Battles Wiki
Register
Don't have an account?
Sign In
in: Sword Users, Species, Darkness Users,
and 44 more 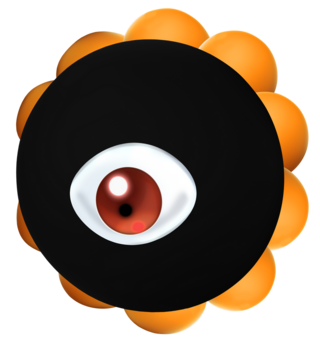 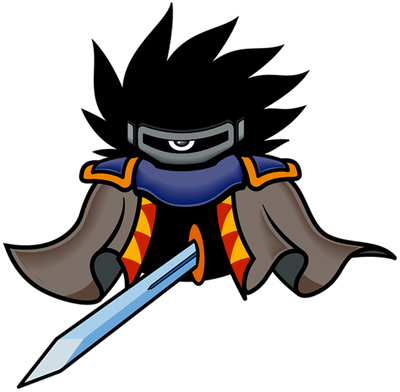 Dark Matter is a species of body-snatching horrors originally led by a large, blood-spewing eyeball named 0. They travel around the cosmos conquering planets by poisoning the atmosphere with their mind-controlling clouds. Their origins and goals are a mystery though, according to a Japanese guidebook, at least one member was motivated by its perpetual jealousy and loneliness. In either case, they are among the most notorious threats to Kirby's universe.

Classification: Species of mysterious black clouds, specific member of said species ("Dark Matter" can refer to individual members of the species, a plural amount them or the whole species)

Powers and Abilities: Superhuman Physical Characteristics, Non-Physical Interaction (Scaling from Gooey, another Dark Matter. Their influence presumably affected ghosts such as Wapods and Noos), Self-Sustenance (Type 1), minor Acrobatics, Flight & Spaceflight, Inorganic Physiology (Type 1) & Regeneration (Mid-High. Repeatedly stated to be cloud, even with their eyes visible, and can quickly recover from exploiting or having its parts scattered), Immortality (Types 3 & 6), Possession (Can possess the bodies of others), Phasing (They don't make any change to their bodies while using it, should likely be their natural state), Duplication (Can split themselves into several more Dark Matter), Body Control, Natural Weaponry (Can make use of the orange petal-like spheres around his body as projectiles and control them when detached from it, regenerating them without problems afterwards), Size Manipulation (Some of them became continental in size after coming outside the Fairy Queen's body, creating the planet Dark Star), Expert Swordsman, Energy Manipulation, Darkness Manipulation, Homing Attack (Can shoot dark balls that follow targets), Corruption, Morality Manipulation, Madness Manipulation (Type 2), Likely Fire Manipulation, Earth Manipulation, Ice Manipulation, and Shapeshifting (Miracle Matter is a Dark Matter being), Likely Absorption/Power Mimicry (Gooey is a Dark Matter being), Creation & Self-Memory Manipulation (Can materialize things from his memories), Blade Generation, Light Manipulation (Able to recreate the Rainbow Sword), Life Manipulation (A big cloud of Dark Matter was creating N-Zs, minor enemies), Resistance to Morality Manipulation & Madness Manipulation

Attack Potency: Multi-Solar System level (Fought Kirby on numerous occasions. Listed among the most powerful warriors in Popstar. It took a massive portion of Star Dream's power just to create an incomplete version), able to ignore durability in some ways

Speed: Massively FTL+ (Flew to planet Popstar, which is located at the edge of the universe. Dark Rimuru, Dark Rimura & Dark Rimuro flew past 8 galaxies in 7 seconds while chasing Ribbon, who was doing the same. While weakened, many Dark Matter briefly flew past a galaxy, and they're able to do the same while less weakened, making a pirouette in the process. An incomplete clone could keep up with Meta Knight and Kirby)

Stamina: Incredibly high (One has enough energy to eventually sustain mind-controlling clouds over a planet)

Range: Standard melee range physically, unknown with Size Manipulation (Massive amounts of them could surround a planet "in an instant"), intergalactic with Morality Manipulation, Madness Manipulation, projectiles and shockwaves (Their influence affected 6 different worlds galaxies away from each other, Dark Matter was only physically present in the first and last of those worlds. Physically scattered the Crystal Shard around those 6 worlds)

Intelligence: Gifted. Created several plans to take over planets and possessed the queen without the main cast finding that out

Weaknesses: Weapons and magic that use love, friendship and positive energies are often used to defeat them and are likely effective against them to an unknown degree (Their opposition can both take hits from Dark Matter unprotected and damage those who can harm them, making the power-ups used to face Dark Matter only cinematic. Dark Matter have also been defeated with no such power-ups and are able to laugh and feel joy). Some of them become stunned or injured when knocked out of someone's body, but not all of them.

Motivations of the Dark Matter from Dream Land 2

Dark Matter taking control of others