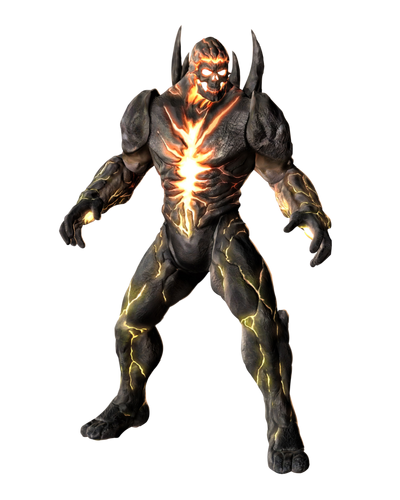 Dark Kahn is the amalgam of Shao Kahn and Darkseid. After their merger he began manipulating the heroes of both universes. He created Kombat Rage and used to make the heroes fight amongst themselves. Raiden and Superman eventually overcome his Rage and defeat him, causing him to split back into Darkseid and Shao Kahn.

Attack Potency: Low Multiverse level (Had the power to merge both the Mortal Kombat and DC universes together)

Speed: At least Massively Hypersonic+ (Should be far faster than Shao Kahn)