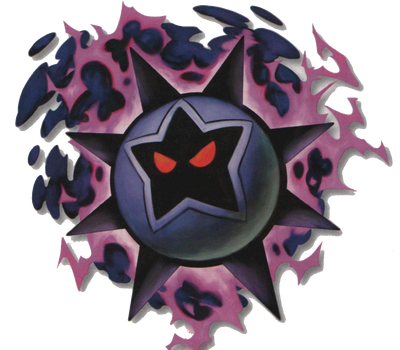 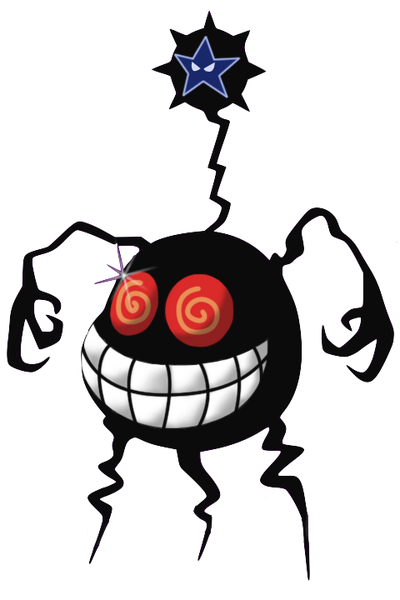 Dark Bowser is Bowser's final boss in Mario & Luigi: Bowser's Inside Story. He has all the powers Bowser has, along with many dark variations as well. He was created from Bowser's DNA copied by the Dark Star, a sentient and malevolent star of incredible dark power that viciously attacked the Mushroom Kingdom several years ago and was sealed away by the Star Sprites. It seeks to cover the world in darkness and destroy it.

Age: Several years as the Dark Star, Less than a day old as Dark Bowser

Attack Potency: Large Star level (Contended with Mario and Luigi as the Dark Star. Fought with Bowser and copied his DNA.)

Speed: Massively FTL+ (Kept up with the Mario Bros as the Dark Star and Bowser as Dark Bowser)

Durability: Large Star level (Should be just as durable as Bowser after coping his DNA. Tanked attacks from the Mario Bros as the Dark Star)

Range: Extended melee range with standard attacks. Varies from tens of meters to Planetary with the Dark Storm.

Intelligence: It is extremely malignant and hellbent on senseless destruction as the Dark Star. However, it eventually gains intelligence as Dark Bowser and even more from absorbing Fawful.