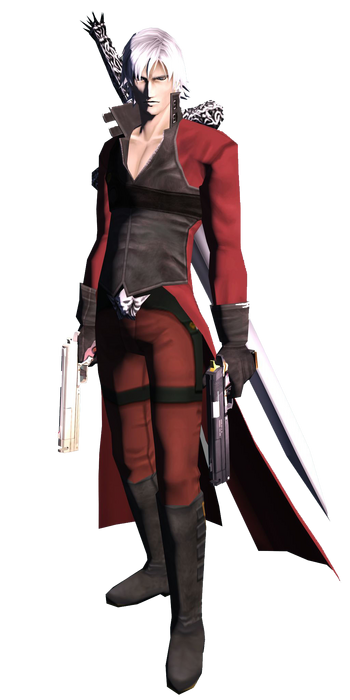 Dante is a demon hunter who is initially tasked with hunting the many demons that have infested Tokyo, including the Demi-Fiend, by Louis Cyphre after the Conception. Armed with his trusty pistols Ebony and Ivory and his demonic sword Rebellion, he cuts swathes through hordes of demons with ease, seeking the thrill of the hunt and a healthy paycheck.

Attack Potency: At least Multiverse level+, possibly Low Complex Multiverse level (The most powerful of all the Fiends. Fought with a near end-game Demi-Fiend who already fought and defeated Gabriel, Raphael and Uriel at once, and could have easily killed him with a single hit. Participated in the war against God alongside True Demon Demi-Fiend)

Note: This version of Dante uses neither Demon Arms nor Devil Trigger.