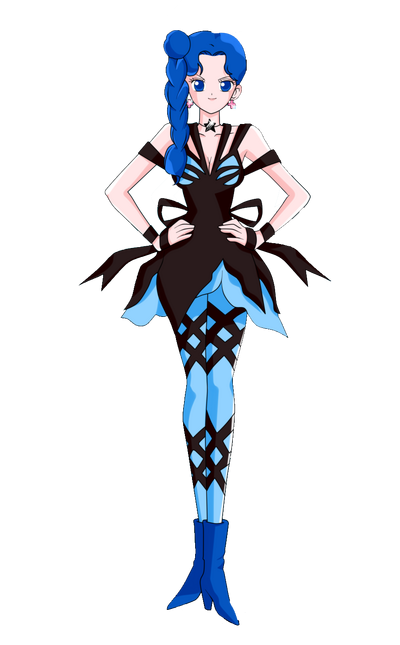 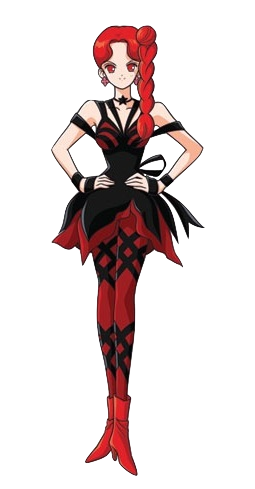 Cyprine is the fifth member of the Witches 5, a quintet of artificially created hybrids created by Professor Soichi Tomoe who are members of the Death Busters and pose as elite students of Mugen Academy so they can gather human souls to prolong the existence of the Tau Star System. Having a level of 999 that makes her the most powerful of her group, Cyprine possesses the ability to split herself in two with her twin Ptilol functioning as her support.

Age: Unknown (physically looks to be between the ages of 15 and 18)

Speed: Massively FTL+ (Scaling from the Sailor Senshi who can instantly zip from planet to planet)

Lifting Strength: Stellar (Scaling from the Sailor Senshi who could stand and move around on the surface of Planet Nemesis)

Durability: Solar System level, likely Multi-Solar System level (Tanked the full force of Moon Spiral Heart Attack while she and Ptitol split off, Sailor Moon had to go into super form to destroy them)

Intelligence: Mugen Academy prefect in charge of the sorcery class.

Retrieved from "https://vsbattles.fandom.com/wiki/Cyprine-Ptilol_(manga)?oldid=5824946"
Community content is available under CC-BY-SA unless otherwise noted.