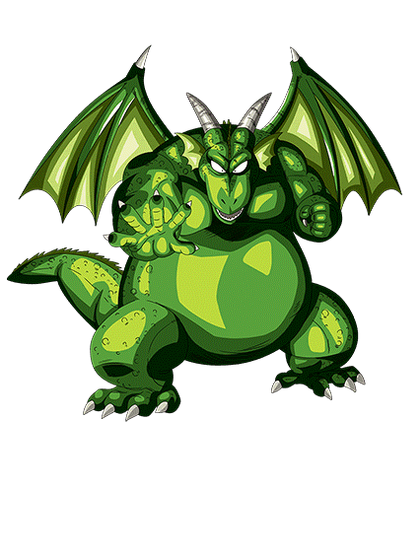 Powers and Abilities: Superhuman Physical Characteristics, True Flight, Ki Manipulation (Can fire energy waves that look like bolts of electricity), Soul Banishment (Those killed by a demon clansman do not cross over, they are eternally trapped between the afterlife and the mortal realm. Essentially a Limbo)

Attack Potency: Unknown (Was able to battle against Yajirobe for a moment before the latter one-shot him with his sword)

Striking Strength: Unknown (Knocked Yajirobe into the air with his tail, then punched him hard enough to send him tumbling a few feet, though this didn't seem to do much against him)

Durability: Unknown (Took a kick to the face from Yajirobe and was still able to fight, showing that he is reasonably tough, but to what degree is unknown)