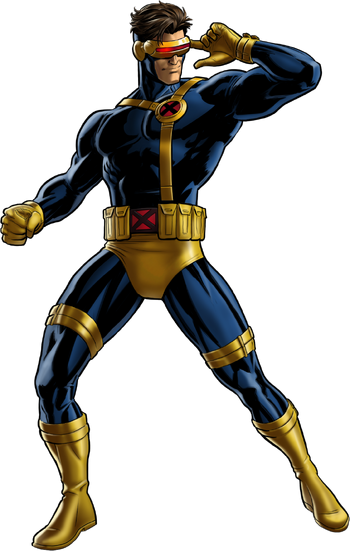 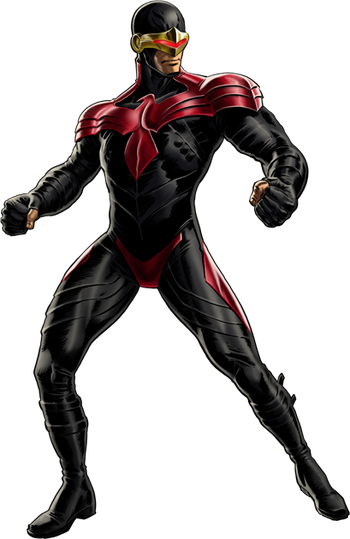 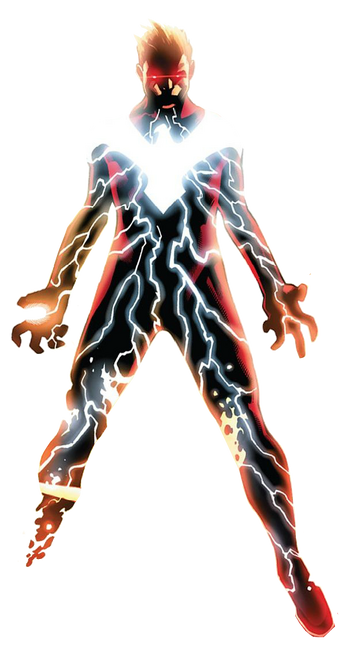 Cyclops, also known as Scott Summers, is the leader of the X-Men and one of Professor Xavier's first students - he and Jean Grey have been a couple for many years and although not allows getting along with some of the X-Men (such as Wolverine) Scott always tries to do his job professionally and with consideration for others, though this can make him come across as bossy at times to people that don't understand or appreciate his style of leadership.

Powers and Abilities: Peak Human Strength, Superhuman Speed, Energy Projection (Capable of firing beams of concussive force from his eyes, which originate from another dimension. The beams are not part of the electromagnetic spectrum, but they can be reflected off surfaces like visible light), Limited Resistance against Energy Projection (He is immune to the beams as well as the powers of his brother, Havok), Energy Absorption (He has a limited ability to absorb other types of energy attacks), He also has a superhuman ability to calculate trajectories and spatial geometry, allowing him to be very accurate with his attacks. Highly trained in martial arts | All existing superhuman powers increased, Fire Manipulation, Reality Warping, Flight, Telekinesis, Telepathy, Immortality (Type 4), Cosmic Awareness, Matter Manipulation

Standard Equipment: Ruby Quartz visor to suppress his optic blasts, along with firing studs to release it. Also carries a jet pack

Intelligence: Many years of combat experience against all manner of enemies, an excellent leader, strategist, and tactician, talented pilot, highly trained martial artist.

Weaknesses: Cannot shut off his eye beams completely without closing his eyes, he wears special visors and glasses to compensate for this. It may be possible for him to control this, however, his eyes have become too reliant on equipment. | Can be harmed by Chaos Magic. Taking enough damage could cause the Phoenix Force to abandon him. Far more arrogant and overconfident than before.