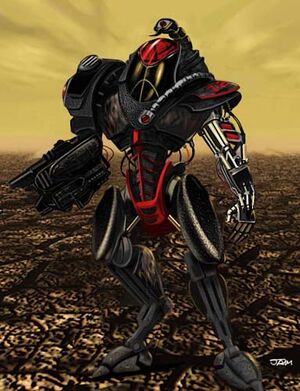 When Nod's commandos performed exceptionally well they were upgraded to Cyborg Commandos. These were Kane's most elite soldiers in the Second Tiberium War.

During the Firestorm Crisis CABAL reprogrammed these cyborgs to fight on his side.

During the Ascension Conflict Kane once again had Nod employ these cyborg warriors, with several alterations.

Speed: Peak Human (Nod did not seem to care about making them fast)

Durability: Large Building level (Takes several Titan rounds to do him in)

Stamina: Immense; it will continue to fight even after sustaining heavy damage and losing limbs. 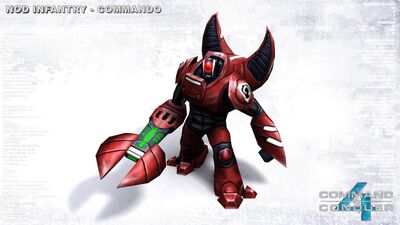