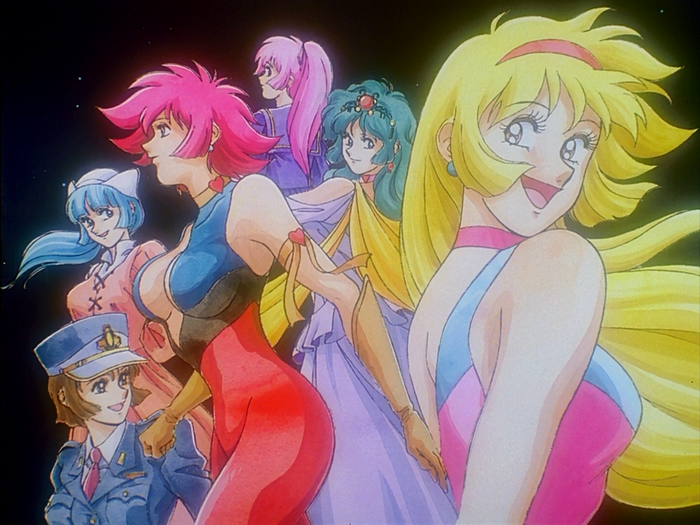 Cutie Honey is a manga series by Go Nagai that tells the adventures of Honey Kisaragi, otherwise known as Cutie Honey.

Unlike the anime version, the manga focuses much more on Honey's battle against Panther Claw than her time in school and relationships in said place.

The manga was serialized in Weekly Shonen Champion's 41st issue in 1973, and was made into two volumes after production.

In 2017, Seven Seas Entertainment had acquired the rights to publish both volumes in an omnibus form called Cutie Honey: The Classic Collection, with a release on July 3, 2018.

The main protagonist Honey Kisaragi is an android modeled after the late daughter of Dr. Kisaragi, who battles against Panther Claw as the heroic Cutie Honey, as she seeks revenge on them for killing her father.

She attends a Catholic School called St. Chapel Academy with her friend Natsuko Aki as part of her secret identity, while also getting help in both of her lives from the Hayami Family, especially Seiji Hayami.

Although later revivals and the various manga are usually full of playful fanservice, the original television adaptation was just tame and pretty enough to attract an unexpected number of younger female fans.

Ironically, Cutie Honey was usually described as a superhero and not a magical girl.

This verse is stronger than the real world via various technology and devices.

Panther Claw agents have superior speed, power, and agility in comparison with ordinary people. Commanders differ between wall level to building level at best. The leaders of the group can crush buildings with ease, and are implied to be much stronger than that. They are described in different ways but basically, they remain unchanged, occasionally demonstrating the ability to destroy cities or even countries.

However, in later works the group introduced as inter-dimensional beings that spread chaos and terror throughout the Earth, and possibly can be a threat to entire planet.

The main heroine uses an incredibly powerful device called the "Airborne Element Fixing Device", which is the main source of her power. Most modern adaptations explain it with nanomachines, but it is capable of assembling any object from thin air (and disassembling them, too). Honey uses this to become a shapeshifter, able to switch between several forms with matching abilities, costumes, and hair, especially for her most powerful form, the sword-wielding redhead Cutey Honey.

Her powers are very similar in the various works, although they often different in nature and destructive potential. 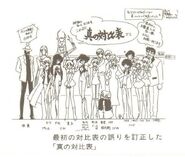