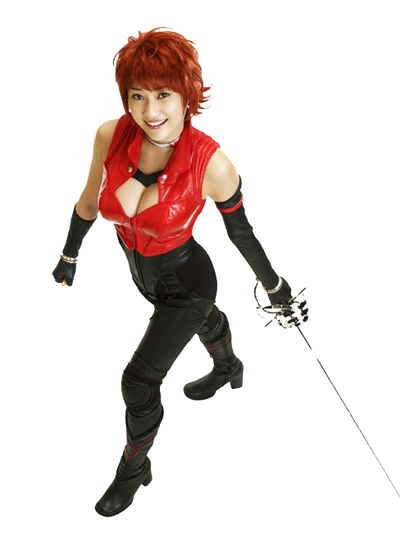 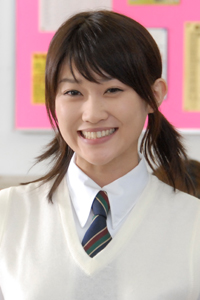 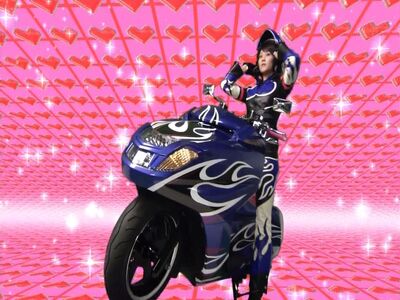 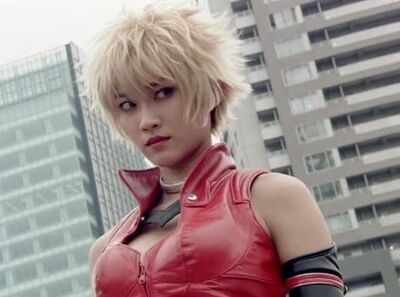 Honey Kisaragi (如月 ハニー, Kisaragi Hanī) is one of the main protagonists of Cutie Honey: The Live. She is a biological and cybernetic android modeled after the late daughter of Dr. Kōshirō Kisaragi and possesses the final product of the Airborne Element Fixing Device otherwise known as the Honey System.

Powers and Abilities: Peak Human, High hand-to-hand combat skills, Elemental Manipulation (using the air molecules in the atmosphere), Transmutation (can create objects out of thin air, limited only by her imagination), Shapeshifting (Able to take any form, limited only by human-like proportion, including Disguise Mastery, Clothing Generation, and can alter age in some rare cases), Immortality (Type 1 & 3), Telepathy, Genius level intellect, Transformation (of itself and other objects) | Skilled biker, Teleportation and explosives/smoke (as Ninja Honey) | Same as before and stronger, Superhuman Physical Characteristics, Master Swordswoman, possible Telekinesis, Matter Manipulation (can vaporize any object via contact), Weapon Summoning, Regeneration (Mid-Low), Absorption, Resistance to Absorption, Disintegration and Transmutation, Durability Negation (via Honey Flash) | Berserk Mode (Significantly exceeds her performance as a negative side effect), Energy Manipulation, Heat Aura, Disintegration, Her attacks can de-transform back into base | Same as all others, Can use the abilities of Sister Miki like Boomerang Proficiency and possibly Sister Yuki like Chakram Skills, Attacking on the mental plane, Gyrokinetic Flight (with Platinum Chakram)

Intelligence: Extremely high, excelled at all her subjects, can memorise a book in an instant and possesses nearly all raw information

Weaknesses: Really naive and innocent, lacks the ability to understand certain social conventions, was programmed to love everyone and possesses no life experience, selfless, easy to manipulate | On rare occasions the energy of her Honey System goes out of control. When this happens, Honey sleeps for three days, which causes a massive power build up that results in her changing into a blond version of her Cutie Honey form which has a violent and aggressive personality. | The only way to reverse Berserker Honey is to use a special device in Hayami's possession which drains the excess energy from the choker. The drawback of the power drain is that Honey cannot transform for three hours.

The Airborne Element Fixing Device's main function is to manipulate existing matter and change it into new forms. Honey commonly uses the air molecules in the atmosphere to fuse them together to create something simple like a rapier or as complex as a motorcycle. The device can also change Honey's appearance to any form she wants, whether it is her clothing, hair or eye color, skin, body size and physique, and in some rare cases, age.