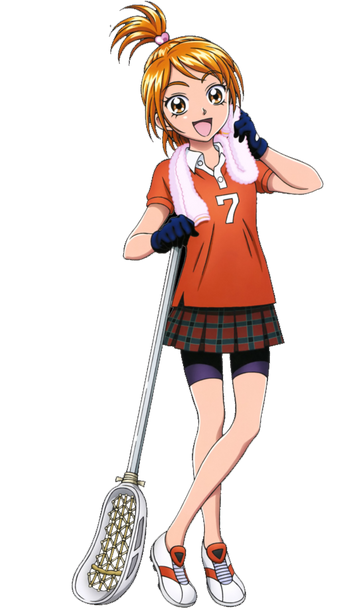 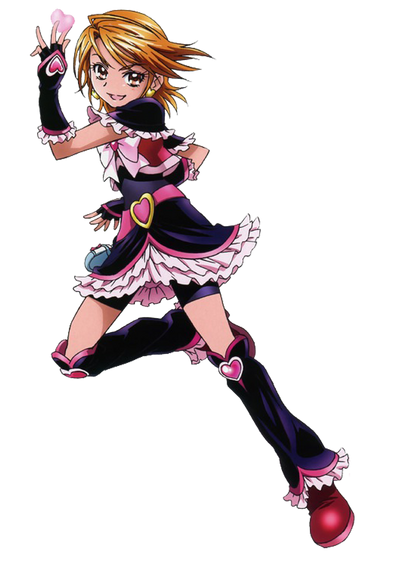 Misumi Nagisa is one of the main protagonists of Futari wa Pretty Cure. She's a very energetic and athletic girl who's a top lacrosse player in her school but often struggles with schoolwork. Before becoming a Pretty Cure, she hardly interacts with Yukishiro Honoka but now, she is currently her best friend after reconciling their fight. She has the ability transform into Cure Black, who battles the forces of evil with her outstanding courage and incredible strength.