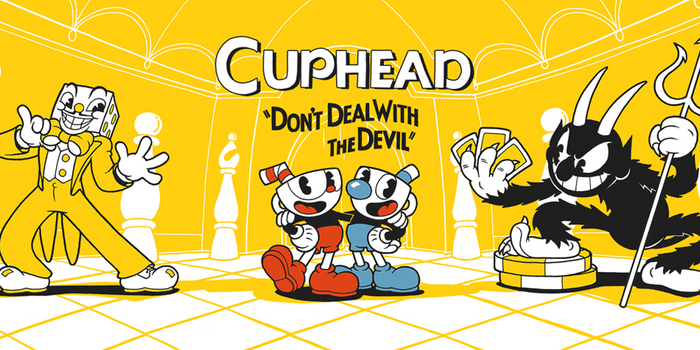 For detailed information about this series, visit the Cuphead Wiki.

Cuphead is a game released in 2017. The game follows two anthropomorphic cartoon cups, Cuphead and Mugman, as they bet and lose their souls to the Devil and his casino. In order to save their own souls, the two protagonists make a deal to retrieve the souls of other debtors who, like themselves, played the Devil's game and lost. Along the way they encounter a colorful cast of enemies, not the least of which includes the Devil's own sleazy lackey, King Dice.

Cuphead comes out weaker compared to other platforming series but still manages to be superhuman in terms of Attack Potency and Durability. Characters range anywhere from the high end of Wall level to Small Building level. When it comes to speed, a few boss characters remain immobile for a majority of their fight. Conversely, characters who can move are able to generally fall within the Subsonic to Transonic range due to being able to operate and react to locomotives and airplanes. Abilities vary between characters, although Danmaku, Summoning, and Homing Attack are among the most frequently encountered. 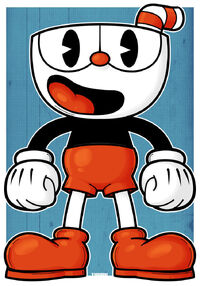 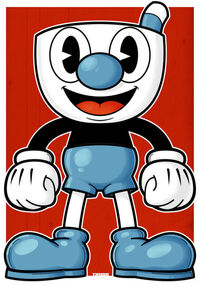 Mugman
Add a photo to this gallery 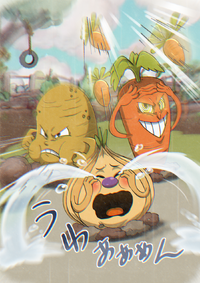 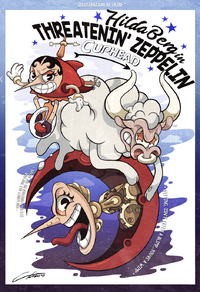 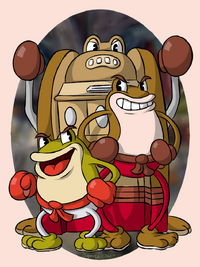 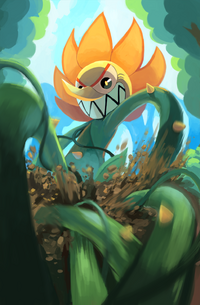 Cagney Carnation
Add a photo to this gallery 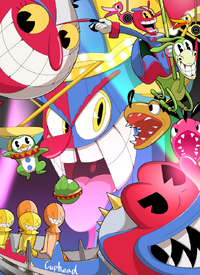 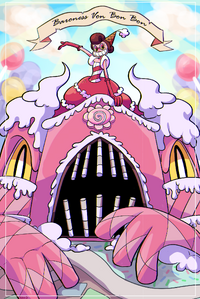 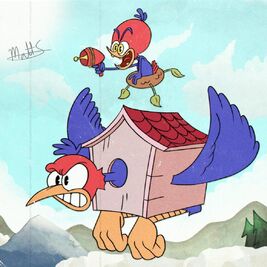 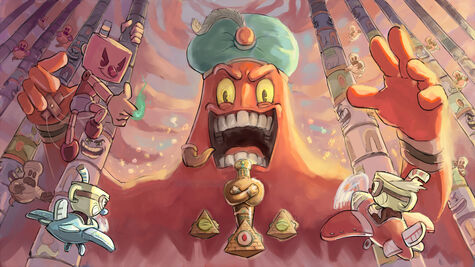 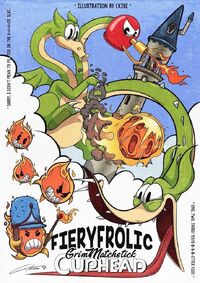 Grim Matchstick
Add a photo to this gallery 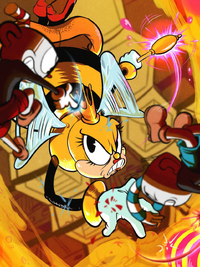 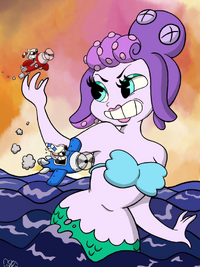 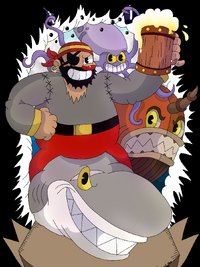 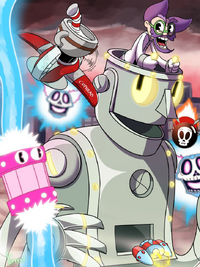 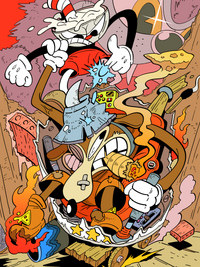 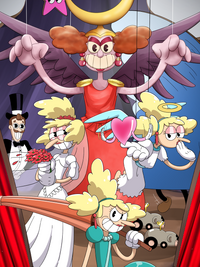 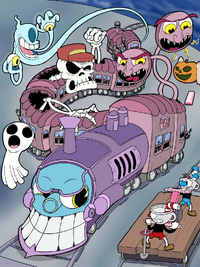 Phantom Express
Add a photo to this gallery 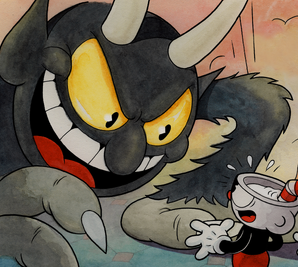 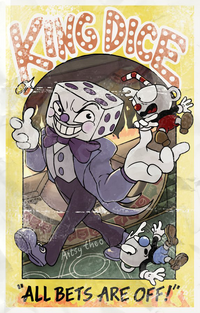 King Dice
Add a photo to this gallery