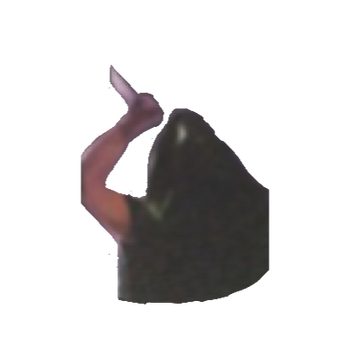 When R'lyeh rose from the dark abyss of the deep oceans, cultist were brought there with the alluring dreams of their God. The Great Cthulhu would be brought into the marital plain by the cultist, who summoned him from his slumber.

Tier: 9-B physically and with abilities, Varies with summons

Gender: Male (All members are male)

Powers and Abilities: Superhuman Strength and Speed, Weapon Mastery (With knives), Non-Physical Interaction (Can harm ghosts, imaginary entities, and elemental beings), Summoning (Of The Great Cthulhu and other Cultists. The summoning of Cultists is via REINFORCEMENTS!), Status Effect Inducement and Madness Manipulation (Type 2; via GIBBERING!), Power Nullification of Damage Reduction (via STONE BLADE!), Healing (via REJUVINATE!), Power Bestowal of limited Death Manipulation (via ANNIHILATE!)

Attack Potency: Wall level physically and with abilities (Casual one-shots victims and minions. Minions include the Werewolf Minion, which scales to normal wolves. Roughly scales to weaker monsters who can destroy walls and tables, as well as easily knocked off a human's head), Varies with summons (Can summon other Cultists, as well as The Great Cthulhu)

Range: Standard melee range physically, higher with blade, extended melee range with abilities (As many abilities effect this amount of area around the cultist)

Intelligence: Above average (Can skillfully weild a knife and knows how to summon an eldritch god)

Weaknesses: Can only summon The Great Cthulhu when specific requirements are met.

Retrieved from "https://vsbattles.fandom.com/wiki/Cultist_(Horrorclix)?oldid=5403629"
Community content is available under CC-BY-SA unless otherwise noted.