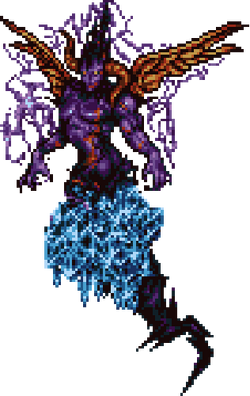 Attack Potency: At least Multi-Solar System level, possibly far higher (Easily stronger than Smithy. By far the strongest enemy in the game. Hinted at possibly having some great control over the universe's time and space)

Speed: Massively FTL+ (Can keep up with Geno and the rest of the party)

Intelligence: Gifted, as he is a master in advanced dark magic.